The Americana Community Music Association is back in November with a concert featuring the Anne E. DeChant Trio. The performance will take place Saturday, Nov. 5, and Joyce Knake will open the show.
Anne E. DeChant is a Nashville recording artist originally from Avon Lake, Ohio. She is a five-time winner of Cleveland’s Singer-Songwriter of the Year and a 2020 Kerrville Folk Festival Songwriting Competition Finalist and creator of “The 11:30 Bathroom Break.”
DeChant is first and last a storyteller, an artist who writes with a shit-kicker urgency and sweet understanding of the people who stumble and keep keeping on. She’s performed with Melissa Etheridge, Sheryl Crow, Stevie Nicks, Don Henry, Travis Meadows and a host of others.
Anne E. was the selected local artist at Lilith Fair (Cleveland) and has delivered stand out shows in storied venues ranging from The Bluebird Café, The Alabama Country Music Hall of Fame to the Clinton White House.
Anne E. began her career as the dynamic lead singer of Cleveland fan favorite Odd Girl Out before becoming the powerhouse she is today with eleven independent studio album releases to her credit. Her masterfully crafted, poignant songs create worlds where her characters and their stories spring to life with a commanding voice and perfectly nuanced delivery.
DeChant’s signature song, “Girls and Airplanes,” is a tribute to those women who during WWII, walked through their front yard gate and went to work piloting planes.
Opening for Anne is ACMA member, singer-songwriter Joyce Knake. Multi-talented (guitar, banjo, paintings, pottery) Joyce continues to amaze and inspire us with her wonderful original songs, and creations. 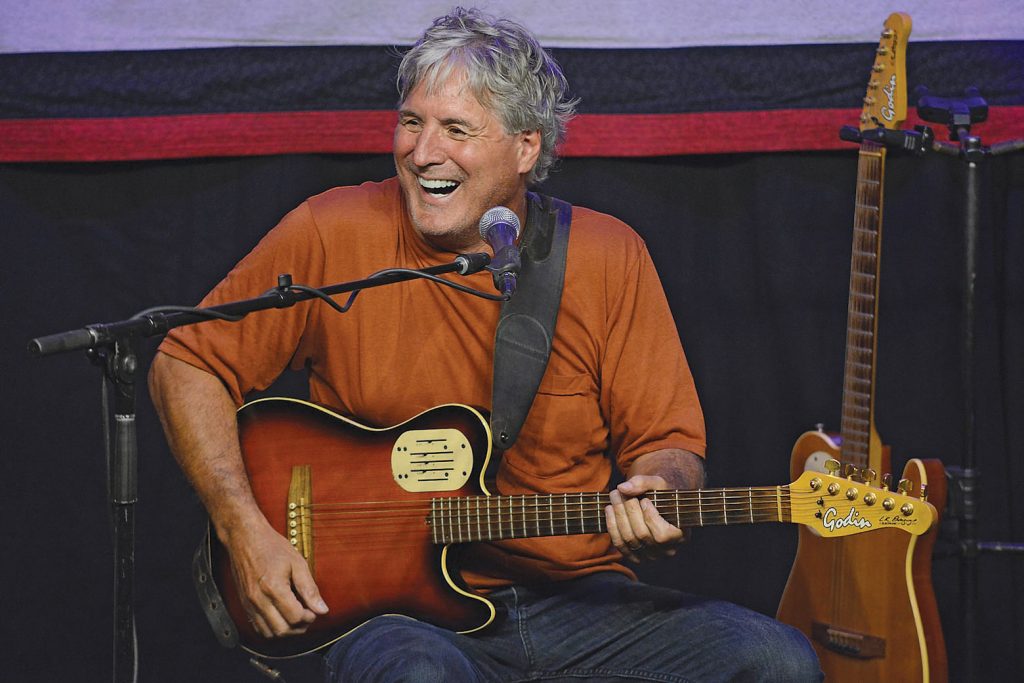 The ACMA welcomes national slide guitar champion Kraig Kenning to the listening room on Saturday, Nov. 19.
Call him contemporary folk, acoustic blues, roots rock or American fingerstyle. The fact is, Kraig has managed to merge a bit of all the above, while maintaining a close and personal connection with his audience. Kraig has played up to 200 dates a year touring the US for the last three decades, showcasing songs from his eight CDs containing almost exclusively original material.
Kenning has shaped himself into one of the most capable performers on the planet. “There is an exchange at a spiritual level in a great performance. My goal is to journey with all my listeners to this magical place,” says Kenning.
Kenning has inspired comparisons with Eric Clapton, Duane Allman, Bob Dylan and Jackson Browne…to name a few. His finger picking often brings reminders of Kraig’s long time hero Leo Kottke.
At National Guitar’s 1st Annual Slide Competition, Kraig took first place honors as Best Unsigned Artist. He has opened for slide guitar master Sonny Landreth; and he has shared lineups with club and folk series favorites such as John Gorka and Patti Larkin.
ACMA member and singer-songwriter Bruce Gallant opens this show. In his own words Gallant states: “Writing and music are like breathing to me, they are what I need to get me through my life.”
Tickets for the Nov. 5 and Nov. 19 concerts are $18 for general public and $12 for ACMA members.
The ACMA at the Alliance Songwriters in the Round returns on Sunday, Nov. 20 from 1 to 3 p.m. The event will feature local songwriters Tim McGeary, Marie Nofsinger and Kim Mayfield.
This is an outdoor show that will move indoors if necessary. Tickets are $16. They will be accepting the first 132 people for concert reservations. If weather threatens the outdoor concert, it will be moved to the indoor theatre for general admission seats. If there is no weather threat, they will sell additional tickets at the door the day of the concert.
Kim Mayfield is better known as half of the Americana duo Roy Schneider & Kim Mayfield (now called Reckless Saints.) Reviewers have described her music as ‘pearly and sashaying,’ ‘pleasantly invoking the legendary Tammy Wynette,’ and ‘haunted by Patsy Cline.’ Mayfield’s song, Ring Around the Moon, made her a semi-finalist in the 2019 International Songwriting Competition. She is currently at work on a new Reckless Saints project to be followed by her first solo recording.
Known as the “outlaw songwriter,” award winning songwriter, national touring performer and recording artist Marie Nofsinger will take you on a journey into the soul of America. Lilting melodies, swamp stomp rhythms, as well as jazzy swing tunes carry the lyrics into your memory. Her credits include her CD “Boots” which was voted City Link Magazine’s “Best Acoustic CD of 1999” and the latest 2010 release “The Wildlife Rides Again” chosen as “Best Roots and Acoustic CD of 2010” by the Palm Beach Post entertainment editor.
Tim McGeary hails from Naples where he has lived for the past 20 years. Tim has been writing songs and performing since the ‘80s and was with the band The Rescue on AM records and toured with Billy Idol, Roxy Music, Depeche Mode, The Cure and many more. Recently Tim got a publishing deal in Nashville as a songwriter. His songs have been featured on TV shows (Smallville, One Tree Hill,Glory Days) and movies like, Girl Got Moe (HBO). Most recently he had 7 of his songs placed in two full length motion pictures, ” In Mysterious Ways”, and “The Knowers.” Tim plays shows in SW Florida, Nashville, New York and New Jersey.
Singer songwriters circle every Sunday 2 – 4 p.m. at All Faiths Unitarian Congregation at 2756 McGregor Blvd., Fort Myers. The ACMA is a non-sectarian not for profit organization. For more information visit www.americanacma.org