Shell Factory and Nature Park will hold its 20th annual Gumbo Fest on Sunday, Feb. 6. The event will run from 11 a.m. to 6 p.m., and admission is free.
Live entertainment will be provided by headliner Dwayne Dopsie & The Zydeco Hellraisers, and The Porch Dogs will perform.
Dwayne (Dopsie) Rubin hails from one of the most influential Zydeco families in the world. Although inspired by tradition, Dwayne has developed his own high energy style that defies existing stereotypes and blazes a refreshingly distinct path for 21st century Zydeco music.
This singer/songwriter and accordionist has performed all over the world since debuting his band, Dwayne Dopsie and the Zydeco Hellraisers, at age 19.
The Louisiana native writes both the lyrics and music for his songs and describes the upcoming album as soulful with a touch of blues and old time zydeco feel.
Dopsie grew up in Lafayette, La., teaching himself how to play accordion watching videos of his father and Clifton Chenier and recording himself with a video camera and going back and watch it and playing over and over for hours until it was right. 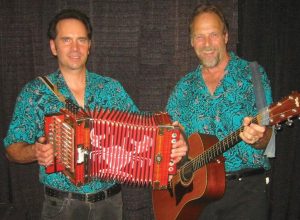 The knowledge of Dwayne’s musical ability along with Zydeco Hellraisers band members are combined to have over 100 years of experience playing Zydeco music and it shows in every performance. The energy, true talent, and exuberance that Dwayne Dopsie and the Zydeco Hellraisers emit from stage makes it obvious that there is no competition for this band.
Not only has Dwayne’s band mastered zydeco music, but he’s a two-time Grammy nominee 2012-2018.
A highlight of the day is always the gumbo cook-off. A $5,000 reverse raffle will also be held that day.
All event proceeds will benefit the Nature Park & Environmental Education Foundation.
The Shell Factory and Nature Park is located at 16554 N. Cleveland Ave., North Fort Myers. For more details, visit online at www.shellfactory.com or call 239-995-2141.