Binary Perception of Venus by Francesco Gillia in Capital Gallery
The Sidney and Berne Davis Art Center announces two art exhibitions opening at Art Walk on Friday, Nov. 4. Shivoo – Shivoo, The Birth of Aesthetic Ecology, a group exhibition, will be on display in the downstairs Grand Atrium. Upstairs in the Capital Gallery, an exhibit called The Binary Perception of Venus by artist Francesco Gillia will be featured.
The Shivoo – Shivoo, The birth of Aesthetic Ecology exhibition gives birth to a movement in art that will be known as “The Data-A Art Movement.” Its development began in 1980 with nothing more than a vision for a kind of art that could respond to the increasing crises of an unsustainable human civilization and a global environment that is collapsing under the pressure of human activity.
Forty two years in the making, the vision is now a reality and a sufficiently robust aesthetic called Data-A has emerged ready to present an art movement to respond to the human and environmental crisis. The Data-A aesthetic would have never been possible without the collaboration of many artists and organizing specialists and the assistance of Government officials, Scientists, Private enterprises, Religious institutions, media as in television, radio, newspapers, magazines and thousands of people from all walks of life who contributed to making the vision a reality.
Aesthetic Ecology is an emerging new field of study that is born of the arts, to move onto Science, Philosophy and several other interconnected disciplines, with the expressed purpose of aiding humanity to overcome the threat of extinction posed by the global environmental collapse of the earth’s biosphere. While the ideals behind Aesthetic Ecology may appear august at first, the art that is driving its meaning and purpose is demonstrably art operating at a level of unity with the natural world, of a kind that humanity has never experienced before. Shivoo-Shivoo group exhibition participating artists include Tiité Baquero, Beth Carter Bell, Cesar Aguilera and other special guests. 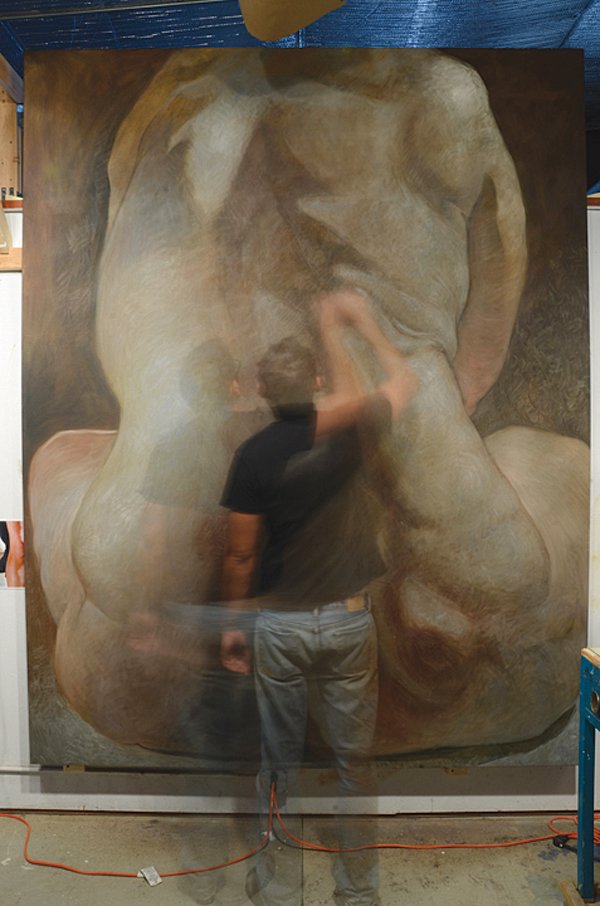 The Binary Perception of Venus by artist Francesco Gillia will be featured in the Capital Gallery. Gillia’s nudes are particularly evocative of the columns of massive archaic Greek temples scattered across the landscape of southern Italy. Francesco moved to Florida in 2013 where the sacred view of the body transitioned to the abstracted representation of wings, in acrylic colors and gilded backgrounds, a mundane spin on the Byzantine sacred icons, embracing the popularity of selfie taking, manifesting in fact the profane. The paintings are an attempt to get people to think beyond the superficial nature of art, and to understand that it is ultimately a means to invoke ideas in people, to inspire or captivate them and that the open maw of the Venus flytrap is only colored red in order to entrap them in a cycle of distraction.
While confrontational, the installation locates the viewer in a transitional place defined by a state of tension between the sacred perception of our being and the sexuality of the subject. Such positioning allows for a contemporary version of the classical dichotomy between the sacred and the profane.
Due to Hurricane Ian, SBDAC’s elevator to the upper floors and rooftop is not operational. They are working to restore service to the elevator so that all spaces in SBDAC will once again be accessible to all members of the Southwest Florida community.
Opening night for both exhibitions will be Nov. 4 from 6 to 10 p.m. Both shows will be on display through Nov. 22. The Sidney & Berne Davis Art Center is located at 2301 First St. in the historic downtown Fort Myers River District.
For more information call 239-333-1933 or visit the website at www.sbdac.com