Aaron Diehl Trio April 22
Jazzy Nights series presents the Aaron Diehl Trio on April 22 at 7:30 p.m. Since his debut release on Mack Avenue Records in 2013, pianist-composer Aaron Diehl has mystified listeners with his layered artistry. He reaches into expansion, at once temporal and ethereal, deliberate in touch and texture, his expression transforms the piano into an orchestral vessel in the spirit of beloved predecessors. Aaron leans into imagination and exploration and promises an expansion of that search in a setting at once unbound and intimate. Tickets are $45. 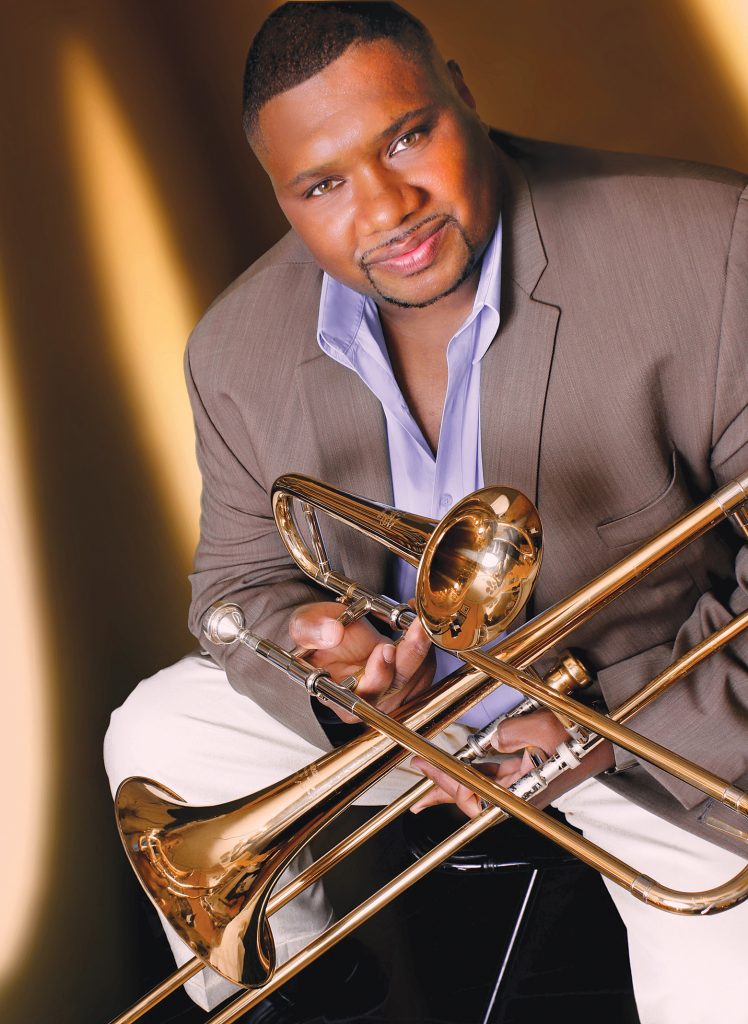 Wycliffe Gordon April 29
Jazzy Nights Series wraps up the month with Wycliffe Gordon on April 29 at 7:30 p.m. Trombonist of the year for a record-breaking 14th time, Wycliffe Gordon is best known for his work with the Lincoln Center Jazz Orchestra, under the direction of jazz maestro, Wynton Marsalis. The versatile trombonist can scat, multi-note, slide, and plunge, just like he stepped out of the 1930s. Gordon really struts his stuff tonight, showing a wide range of influences from big band to gospel. Tickets are $45 and $50 the day of show.
The Sidney & Berne Davis Art Center is located at 2301 First St. in the heart of the downtown Fort Myers River District.
For more info and tickets, call 239-333-1933 or visit www.sbdac.com