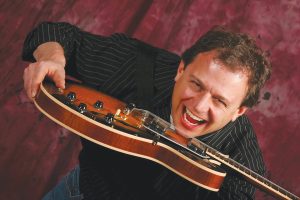 Nigel Mack
Chicago blues “triple threat” (slide guitar, harmonica and vocals) Nigel Mack delivers a high-energy show that fuses blues classics with the punch of contemporary original blues. Seamlessly switching between instruments, Nigel Mack is equally proficient at them all. These are talents honed by years of relentless touring in support of his critically acclaimed CDs, Devil’s Secrets, Road Rage and High Price to Play. Nigel’s latest release, the award winning, all-original, Devil’s Secrets, was the #1 Canadian blues CD of 2012, nationwide in Canada on Galaxy Satellite radio. Mack’s original compositions have been featured on television sound-tracks for Dawson’s Creek, The Street and Time of Your Life. 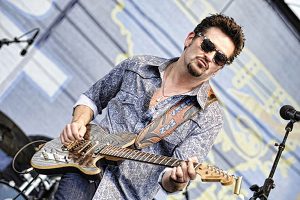 Mike Zito
He may be one of the most lauded artists in the contemporary blues arena today, and rightfully so, but for Mike Zito, the thing that counts the most is maintaining his honesty, authenticity and integrity. Those are the qualities that have steered Zito’s career since the beginning and continue to define every effort he’s offered since. Zito’s 16th album is descriptively titled Rock N Roll: A Tribute to Chuck Berry, finds him broadening his boundaries still further even as it marks a return to his roots. The album consists of 20 Chuck Berry classics performed by Zito and an impressive array of 21 guest guitarists, among them Joe Bonamassa, Walter Trout, Eric Gales, Robben Ford, Sonny Landreth, Luther Dickinson, Albert Castiglia, Anders Osborne and, significantly, Chuck’s grandson, Charles Berry III. 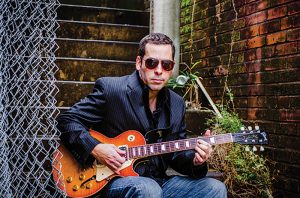 Albert Castiglia
As most artists will attest, the most unexpected circumstance can spark artistic inspiration. That’s a fact that hasn’t been lost on singer, songwriter and guitarist extraordinaire Albert Castiglia. With his latest album, the aptly named Masterpiece, he celebrates an unforeseen triumph — a connection with a daughter he never knew he had. The result is a work that’s both personal and provocative all at the same time.
Castiglia calls this the most meaningful album he’s ever made. “My daughter finding me and opening up my world to an additional family, including two grandchildren, brought out the deepest material I’ve ever created,” he notes, “along with my wife, they were my muses.” Indeed, songs such as “Keep On Swinging,” “Masterpiece” and “Bring on the Rain” address the unexpected emotions that infused his psyche with the discovery of a family he never knew. 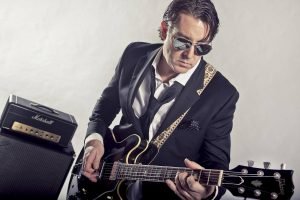 Frank Bang
Frank Bang is an energetic musical force … On stage or in studio. He has 14 current songs on rotation on B. B. Kings Bluesville SiriusXM.