Broadway Palm opens its 30th anniversary season with Broadway Palm Thru The Decades playing Aug. 26 through Oct. 1. This original musical revue will celebrate Broadway Palm and the musicals they have produced over the years. Broadway Palm is offering a Season Opener Special and all tickets are just $65 for dinner and the show.

Relive the last three decades of productions that have made Broadway Palm Florida’s Premier Dinner Theatre! This all-new jukebox style musical features a talented cast of performers that will sing and dance their way through some of the greatest Broadway Palm songs of all time. You’ll hear numbers from Me and My Girl, 42nd Street, The King and I, Oklahoma, The Music Man, Miss Saigon, CATS and more! 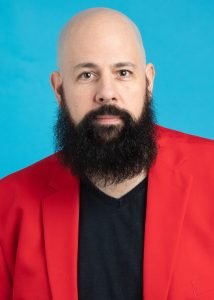 Broadway Palm Thru The Decades is written and directed by Victor Legarreta. Legarreta has been part of Broadway Palm since 1996 and has directed and appeared in numerous Broadway Palm productions. In addition, he created A Night On Broadway, Yesterday’s: The 50s and 60s Musical, Groovin’: The 60s and 70s Musical, Let’s Go To The Movies, Dino and Friends, Til Theft Do Us Part, and No Claus For Alarm, to name a few.

Performances are Wednesday through Sunday evenings with selected matinees. Broadway Palm is offering a Season Opener Special and all tickets are just $65 for dinner and the show. Tickets are now on sale and can be reserved by calling 239-278-4422, by visiting BroadwayPalm.com or by stopping by the box office at 1380 Colonial Blvd. in Fort Myers.