Florida Repertory Theatre’s 2021-2022 Season continues with the rock ‘n’ roll sensation, Buddy: The Buddy Holly Story by Alan Janes.
The musical tells the story of Buddy’s rise to stardom and how he transformed popular music almost overnight, and plays in the Historic Arcade Theatre now through April 24. Originally scheduled to play through April 13, the run has been extended to April 24.
Sixty years ago, a young man with thick black glasses changed the face of popular music. “The Buddy Holly Story” tells the story of the three years when Buddy became the world’s top recording artist and a musical legend! The musical follows Buddy’s meteoric rise from country star to a pioneer of early rock ‘n’ roll. In just a few short years in the 1950’s, Buddy’s music revolutionized the industry, this musical takes audiences along for the ride – with all of Buddy’s hits along the way like “Everyday,” “Peggy Sue,” “That’ll Be the Day” and so many more. 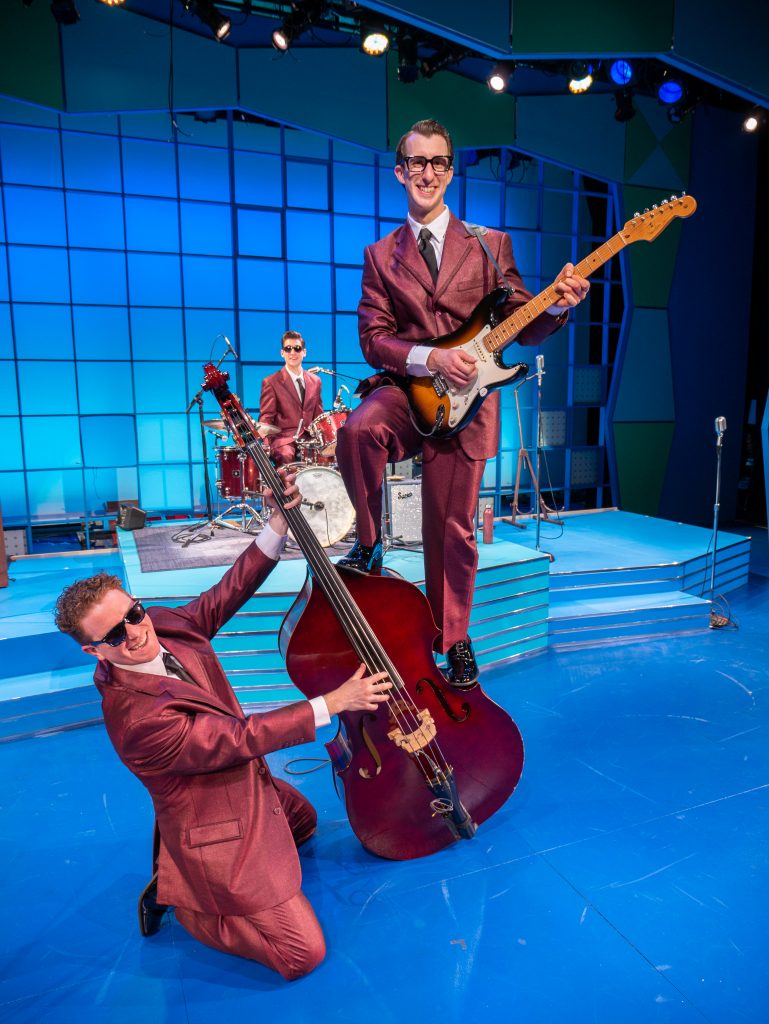