Construction is nearly complete in Centennial Park for the new Caloosa Sound Amphitheater located between Edwards Drive and the Caloosahatchee River in downtown Fort Myers.
Final touches and landscaping were being worked on in late April, and a grand opening event is planned for May 25.
The amphitheater lawn is designed so the audience will be at five different levels for better sight lines of the stage.
Luminary Hotel & Co. is inviting the public to attend the grand opening celebration for the highly anticipated Caloosa Sound Amphitheater. Open to the public, the May 25 event will include a short ceremony, followed by light refreshments, food for purchase from local food trucks, and live music by a Bee Gees Tribute Band. The Amphitheater is a collaboration between the City of Fort Myers and Luminary Hotel & Co. The event begins at 5 p.m.
Programming of the new amphitheater will be handled by Caloosa Sound Convention Center (Mainsail Lodging and Development – owners of the Luminary Hotel & Co.) 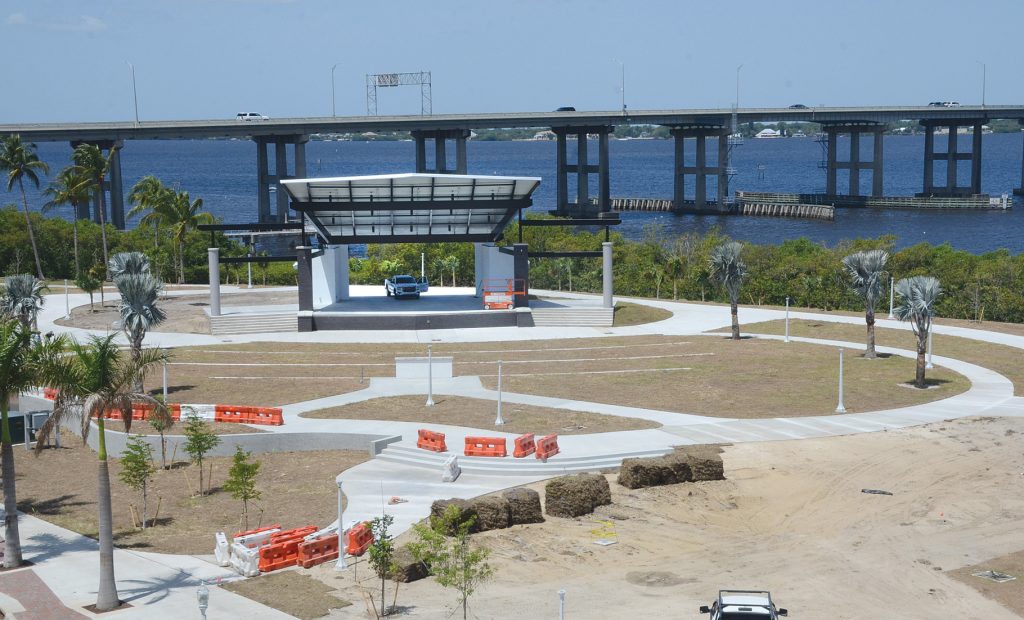 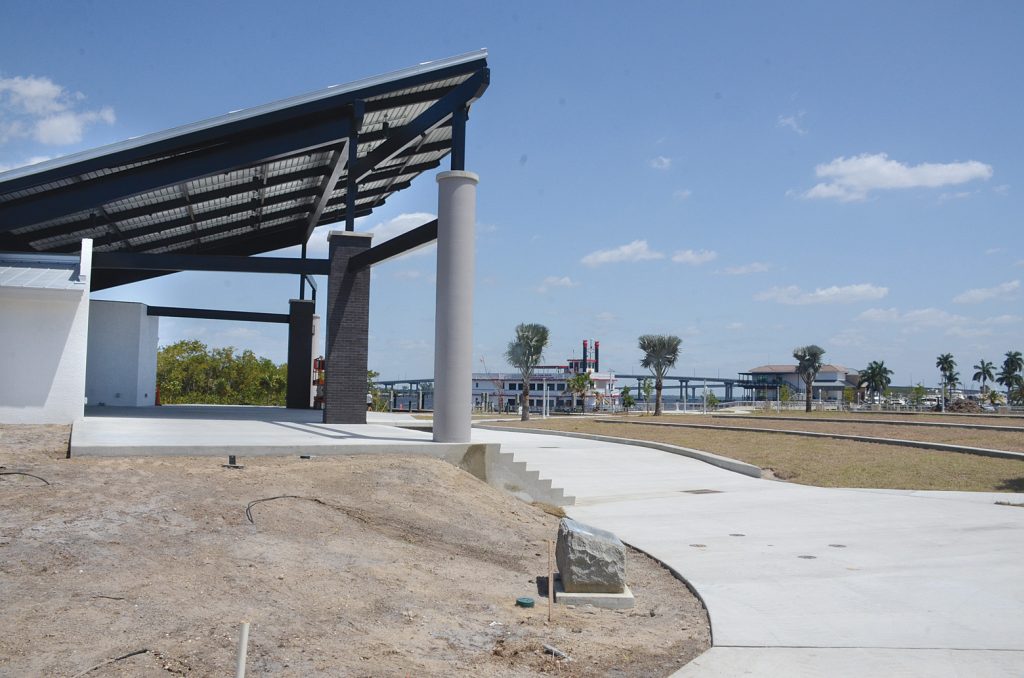