The Center for the Arts Bonita Springs has four concerts planned for January at Hinman Auditorium.
Guitarist, vocalist and songwriter Matt Schofield will perform Jan. 15 at 7:30 p.m. 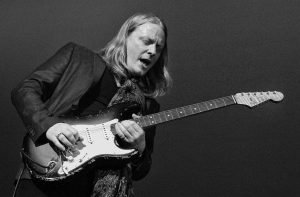 Schofield is widely regarded as one of the most distinctive and innovative British Blues artists of his generation. He has been rated in the top ten British Blues Guitarists of all time by Guitar & Bass Magazine, alongside legends Eric Clapton and Peter Green. 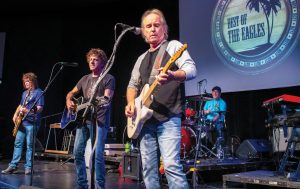 Best of The Eagles

Best of The Eagles (The Eagles Tribute Band) will play Jan. 20 at 7:30 p.m. Back by popular demand is one of the top Eagles tribute bands in the country. Hear them perform their legendary hits from the ’70s, ’80s and beyond. This tribute is unique because their “Joe Walsh,” sings the Walsh Songs, their “Glen Frey” sings the Frey songs and their “Don Henley” replicates all of Henley’s incredible vocals. This is the most authentic recreation next to seeing The Eagles live. 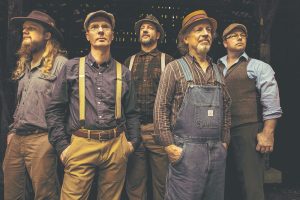 Appalachian Roadshow will perform Jan. 22 at 7:30 p.m. With Appalachian Road Show, Abernathy, Webb and their talented compadres (including fiddle beast Jim VanCleve, and legendary upright bassist Todd Phillips) seek to honor the music, traditions and history of the great Appalachian people and region. The group takes influences from other sources and applies that Appalachian style, as they’ve done with a grassy version of the Steve Miller Band’s “Dance, Dance, Dance.”

Ronnie Baker Brooks will play Jan. 28 at 7:30 p.m. Baker is an American Chicago blues and soul blues guitarist, singer and songwriter. He was a respected club performer in Chicago before recording three solo albums for Watchdog Records.
Hinman Auditorium is located at 10150 Bonita Beach Road in Bonita Springs. For tickets and info, call 239-495-8989 or go to www.artcenterbonita.org