EDITOR’S NOTE: Florida Rep announced on April 15 that performances have been postponed due to a Covid exposure. Performances through April 24 are canceled. The show’s run has been extended through May 29.

The new play is a romance that follows a year with Lizzy Nash and Jack Key, two Alabama schoolteachers who thought love had passed them by, and plays in the ArtStage Studio Theatre from April 15 to May 29. The run includes four nearly sold-out previews from April 12 – 14.

Audrey Cefaly, who also wrote Florida Rep’s 2019 National New Play Network Rolling World Premiere of Alabaster is set to visit Fort Myers and participate in a talk back following the 2 p.m. performance of her play on Saturday, April 23.

Florida Rep also announced that beginning with the first preview of Maytag Virgin masks are no longer required in its ArtStage Studio Theatre after the CDC relaxed its guidance for masks at indoor events. Masks have been optional in its larger space since March 15 since CDC data began showing a marked improvement in area COVID-19 cases. Florida Rep is now able to ease restrictions in its popular more intimate performance venue while case numbers and hospitalizations are considered “low” in Lee County.

“We designed our 2021-2022 season to be hopeful, uplifting, and provide an escape for audiences,” said Florida Rep’s artistic director Greg Longenhagen, “and Maytag Virgin strikes all the perfect notes for the final offering of this memorable year. This is the story of two people finding that love is still possible for them, and over the course of a year, we see them both recover from personal tragedies and take a step forward toward love once again. I know our audiences will love this tender, funny, and uplifting story about making a connection – a story we all need right now.”

Maytag Virgin is a heartwarming new comedy and an old-fashioned romance about two people who thought they’d never find love again. Cefaly’s tender story follows Lizzy Nash, an Alabama teacher, and her new neighbor, Jack Key, as they cope with personal tragedy and embrace the healing power of connection, forgiveness, and renewal. One of the hot new titles being produced on regional stages across the country, “Maytag Virgin” was voted Best Comedy by “ArtsAtlanta” in 2018.

Maytag Virgin stars Tyler Layton as Lizzy Nash and Duke Lafoon as Jack Key. Layton returns to Florida Rep after appearances in Time Stands Still in 2013 and Florida Rep’s 2015 world premiere production of Split in Three – and is no stranger to Southwest Florida having spent a number of years as a professor of theatre at FGCU. Layton is a former company member at Oregon Shakespeare Festival, and on the small screen, she played recurring roles on Ellen, Charmed and Silk Stalkings.

Duke Lafoon makes his Florida Rep debut with Maytag Virgin, but is a regional and New York veteran whose recent appearances include Off-Broadway, Gateway Playhouse, Goodspeed, Orlando Shakespeare, Florida Studio Theatre, Signature, and The Old Globe. Lafoon also works extensively on television with roles in Hostages and Mindhunter, among others. 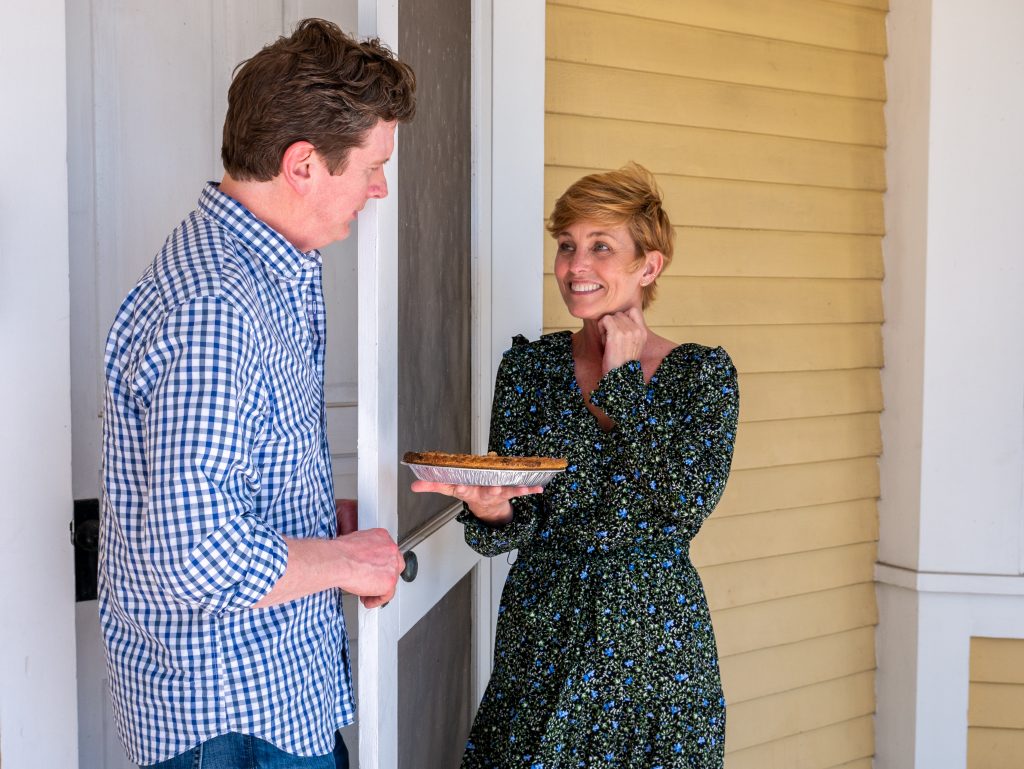 Tickets start at $59 for regular performances and $39 for discounted previews and are available online at FloridaRep.org and through the box office at 239-332-4488. The discounted previews are filling up quickly. Subscriptions are on sale now for Florida Rep’s 2022-2023 25th Anniversary Season.

Maytag Virgin plays in the ArtStage Studio Theatre April 15 – May 22 with discounted previews Aprril 12 – 14. Performances are Tuesday – Saturday at 7 p.m., Thursday, Saturday, and Sunday at 2 p.m., and at 8 p.m. on Friday, April 15 for the opening night performance.

Florida Rep’s parking lot opens two hours before each performance and offers guests free parking across the street from the Arcade Theatre.