Florida Repertory Theatre announces its return to indoor performances with Let’s Fall in Love: A World Premiere Cabaret Event in the ArtStage Studio Theatre. Previews begin Sept. 28, and the concert performances run through Nov. 21 in the intimate venue.
Masks are required for all patrons while inside Florida Rep facilities, and the theatre asks that all patrons comply with posted health and safety guidelines.
“We are so pleased to be opening our doors to the public this Fall,” said artistic director Greg Longenhagen. “The 2021-2022 season has been a long time in the making, and we couldn’t be happier to welcome Evan Tyrone Martin to the ArtStage in this brand-new musical event. I can’t think of a better way to welcome our patrons back than with a celebration of this great American music. Audiences are in for a treat with this salute to Nat King Cole – and so many voices that defined a generation of popular music in the ‘40s, ‘50s and ‘60s. We’ll see you at the theatre soon.”
Let’s Fall in Love celebrates the music of Nat King Cole, Frank Sinatra, Sammy Davis Jr. and Tony Bennett, but it begins with the crooner who started it all, Bing Crosby. With Evan Tyrone Martin at the center of the action, the cabaret charts the singer’s journey and how these iconic voices inspired him to become a professional singer. Using the music of Nat King Cole as a way in, audiences will take a journey through American musical history to see how Bing made way for a new genre of singer, and how Nat King Cole broke barriers to rise to international stardom while crossing paths along the way with Frank, Sammy, and Tony Bennett. 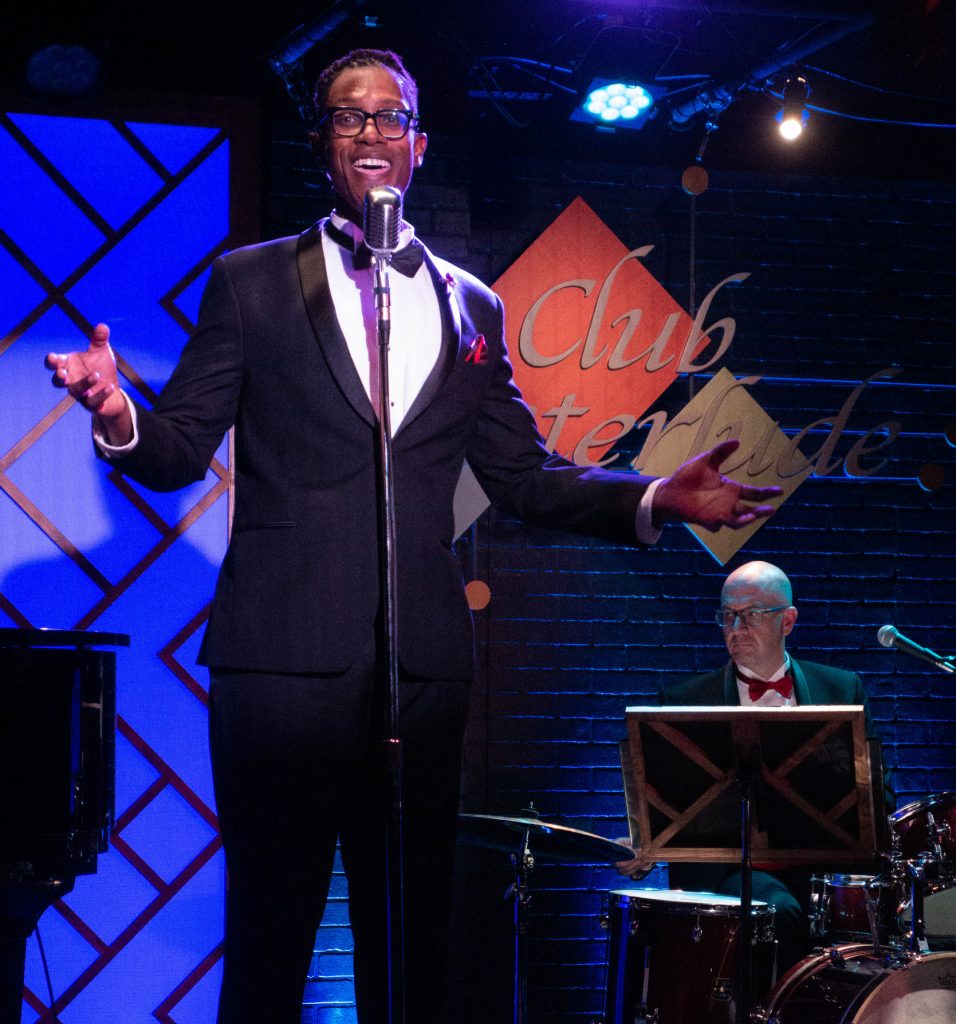 Chicago-based singer and actor Evan Tyrone Martin makes his Florida Rep debut in Let’s Fall in Love, but he is no stranger to the music of Nat King Cole. Martin appeared in two national tours with Chicago’s Artists Lounge Live, starring in one-man-shows saluting Cole, Unforgettable: Falling in Love with Nat King Cole and An Unforgettable Nat King Cole Christmas. Martin’s regional credits include Roundabout Theatre Company, Lincoln Center, A.R.T., Porchlight Theatre, Silk Road Rising, Arkansas Rep and more. In addition to his work saluting Cole’s music, Evan recently received a Jeff Award nomination for his work in I Left My Heart: A Salute to Tony Bennett with Chicago’s Mercury Theatre
Let’s Fall in Love is a collaboration between Martin, Florida Rep associate artistic director Jason Parrish, and longtime guest musical director and arranger Victoria Casella. The trio have been hard at work since the late-spring selecting and arranging music and crafting a narrative that celebrates these diverse American voices.
Jason Parrish directs the cabaret event after his recent work on Florida Rep’s A Gentleman’s Guide to Love & Murder, Alabaster and Million Dollar Quartet.
Victoria Casella returns as arranger, musical director and pianist after recent work on A Gentleman’s Guide to Love and Murder, Tenderly, and arranging for Fascinatin’ Gershwin and Night and Day. The evening also features Florida-based musicians, Matt Koller (Tenderly) on drums and Perry Orfanella on bass (Florida Rep debut).
The ArtStage Studio Theatre plays host to the concert and will be transformed into a stylish 1950s era jazz and supper club, inspired by venues that dotted Harlem and New York, Chicago, Las Vegas, and countless other cities across the country during the 1940s, ‘50s and ‘60s.
Ensemble set designer Dennis Maulden returns after his work on An Inspector Calls to design the transformed ArtStage; costume consultant Tony Toney makes his main stage debut on the concert after recent work on the outdoor Conservatory productions of Into the Woods and Godspell last spring; resident master electrician Joel Zishuk (Conservatory’s, Bulletproof Backpack) will design the lights for the cabaret, and Rachel Berkhouse serves as production coordinator.
Let’s Fall in Love: A World Premiere Cabaret Event plays Oct. 1 – Nov. 7, with discounted previews Sept. 28 – 30. Tickets are $59/$55 and $39/$35 for previews, and available online at www.FloridaRep.org and through the box office at 239-332-4488.
Performances are Tuesday through Saturday at 7 p.m., Thursday, Saturday, & Sunday at 2 p.m., and 8 p.m. for the opening night gala performance on Oct. 1.