Tickets are on sale now for the 12th annual Fort Myers Film Festival which will be held at the Sidney & Berne Davis Art Center May 18 – 22.
The festival will feature 75 fresh international and independent films from all over the world, with many shot right here in Florida. Tickets for individual films and film blocks start at $10 and can be purchased online or in person (if not sold out.)
The Fort Myers Film Festival announced the opening film for its 12th annual gala and event is “Calendar Girls.” The opening night film will kick off at the Sidney & Berne Davis Art Center in downtown Fort Myers on May 18 with a red carpet rollout, paparazzi, music, food and a celebration that will include a meet and greet with the Calendar Girls dancers, director, producers as well as stars of the movie. An after party will be held on the rooftop at Sidney’s.

Due to popular demand, a second screening of the opening night film “Calendar Girls” has been added Sunday, May 22 at 4 p.m. Due to popular demand the opening night screening and all VIP tickets have been sold out this year. You may join the “Calendar Girls” opening night screening waiting list by calling 239-333-1933. On the day of screening, if there are any seats available they will call you in a first come, first served according to calling in and getting on this list.
The 2022 film about a group of local senior volunteer dancers in Southwest Florida, who are determined to prove that age is just a number, is a coming-of-golden-age movie about the second teenage phase: the retirement phase. The Calendar Girls give it all they’ve got, and they have a lot to give — impressive makeup; handmade costumes; elaborate dance routines; and, most notably, their unparalleled enthusiasm and sparkling personalities.
Through revealing conversations and choreographed dance scenes, the film captures the challenges of being a woman over 60 and the delicate balance of family, home and dance. With laughter and tears, relationships and identities change as new dreams are discovered. The film was first screened virtually as an official selection of the 2022 Sundance Film Festival in January and quickly thereafter purchased by Juno Films for distribution. The film, which will be rolled out internationally in July, will be among the very first seen in the nation, and in the hometown of the Calendar Girls here in SWFL on May 18 at the Fort Myers Film Festival.
Tickets start at $20 and are available at www.sbdac.com or by calling 239-333-1933. 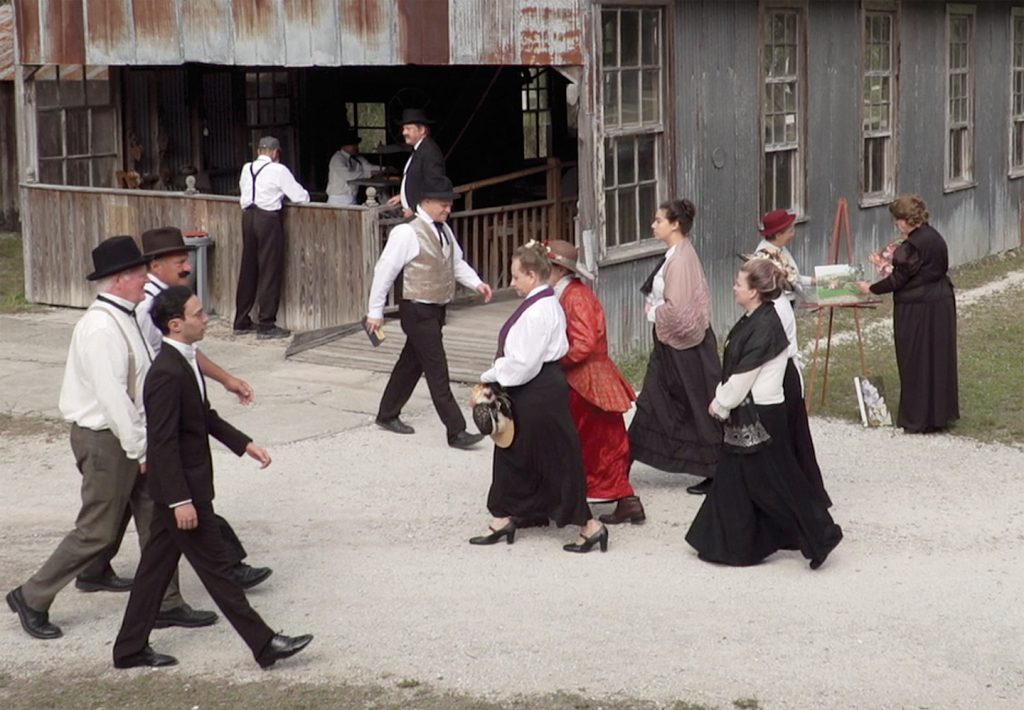 One of the many films in this year’s festival is The Koreshans: Legends and Legacies of Eser’s Urban Pioneers by Ilene Safron.