Gulf Coast Symphony presents a variety of musical events in November and December at Barbara B. Mann Performing Arts Hall and its own Music and Arts Community Center.
A tribute to John Williams with the Gulf Coast Symphony will be performed Nov. 14 at 7 p.m. at Barbara B. Mann Hall. John Williams is one of the most awarded film composers ever, having composed for such blockbusters as Star Wars, E.T., Indiana Jones, Jaws, and countless others. Join us as we explore the works that made him famous, and maybe a few you didn’t know he composed.
The Nutcracker with the Gulf Coast Symphony will be presented Dec. 4 at 3 and 8 p.m. at Mann Hall. This holiday season, join us as the lights dim, the music soars, snowflakes swirl, flowers dance, and a little girl dreams about a whole new world. The Gulfshore Ballet and the Gulf Coast Symphony present the timeless Tchaikovsky classic in a glorious production.
The Deck the Halls holiday concert with the Gulf Coast Symphony is scheduled for Dec. 12 at 7 p.m. at Barbara B. Mann Performing Arts Hall. The festive sounds of the season ring through the Barbara B Mann Performing Arts Hall, as the Gulf Coast Symphony and Fort Myers Symphonic Mastersingers present your favorite holiday medleys. From Leroy Anderson’s endearing Sleigh Ride, a medley of music from Christmas movie classics, to Silent Night as arranged by Mannheim Steamroller, and much, much more.
For tickets to shows at Mann Hall, call 239-481-4849 or visit www.gulfcoastsymphony.org
GCS presents Altar Boyz the musical Oct. 27 through Nov. 13 at the Music and Arts Community Center in Fort Myers. Winner of the 2005 Outer Critics Circle Award, Best Off Broadway Musical! Nominated for seven 2005 Drama Desk Awards, including Outstanding Musical, Book, Lyrics, Music and Orchestration; four 2005 Lucille Lortel Awards, including Outstanding Musical and the 2005 Drama League Award, Distinguished Production of a Musical! This foot-stomping, rafter-raising musical comedy about a fictitious Christian boy band on the last night of their national “Raise the Praise” tour.
The music of Art Blakey will be presented Nov. 18 at 7 p.m. at the MACC. The Gulf Coast Jazz Collective is joined by trumpeter James Suggs and saxophonist Valerie Gillespie to play the music of Art Blakey. Master drummer Art Blakey was one of the most prolific band leaders of his time, known for his powerful drum solos, and his creation of the Jazz Messengers. Blakey made a name for himself in the 1940s in the big bands of Fletcher Henderson and Billy Eckstine. He then worked with bebop musicians Thelonious Monk, Charlie Parker, and Dizzy Gillespie. In the mid-1950s, Horace Silver and Blakey formed the Jazz Messengers, a group that the drummer was associated with for the next 35 years. 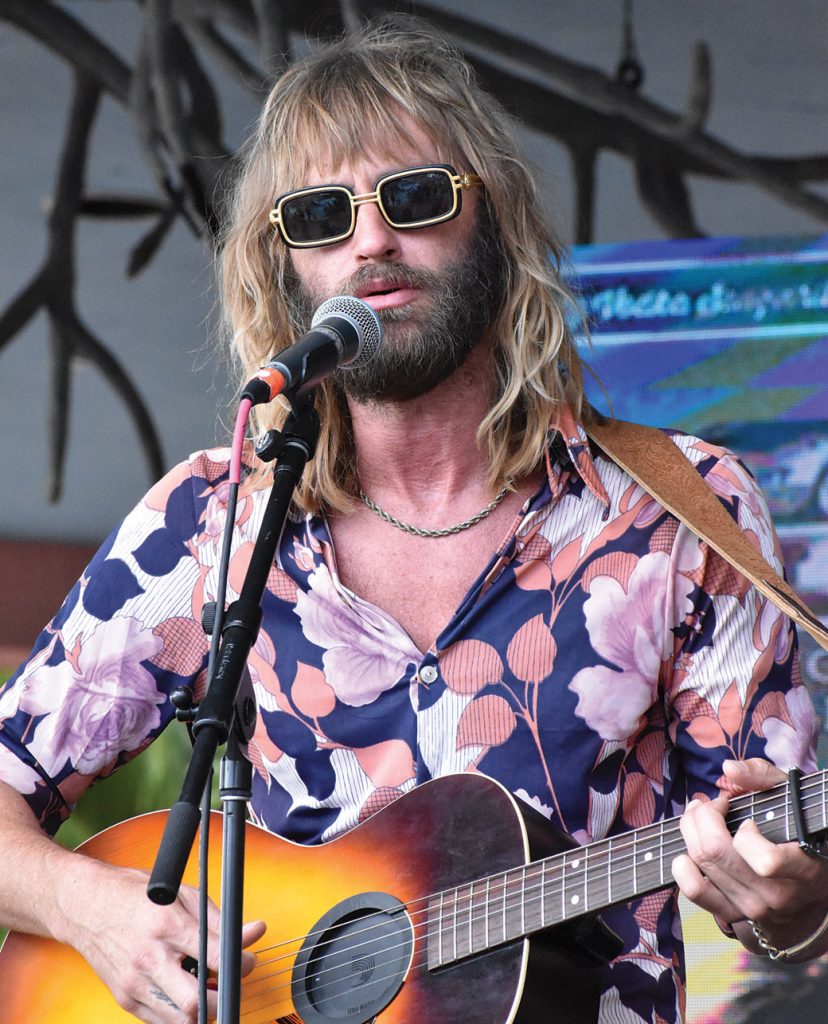 The Fresh Voices series continues with Paul McDonald and Ryleigh Modig on Nov. 19 at 7:30 p.m. at the MACC. Fresh from her 2021 appearance on NBC’s The Voice, Ryleigh Modig brings her special talents to Southwest Florida to perform on the Gulf Coast Symphony’s Fresh Voices series. Ryleigh was inspired to get into music by her father, who plays in a band.
A singer-songwriter from Huntsville, Ala., Paul McDonald is now based in Nashville, and has appeared on stages around the country and in Europe. McDonald placed 8th on the tenth season of American Idol and since 2005, he has been the lead singer of the band Hightide Blues, renamed The Grand Magnolias in 2010.
Gaelic Symphony with the Gulf Coast Chamber Orchestra will be performed Nov. 20 at 7:30 p.m. at the MACC. Gaelic Symphony, also known as Symphony in E Minor, Op. 32, was written by American composer Amy Beach (1867-1944). The symphony premiered Oct. 30, 1896, in Boston and was the first symphony by an American woman composer to gain international attention. Beach composed the symphony in response to Dvorak’s exhortation to American composers to explore their musical and cultural roots.
Holiday Jazz at the MACC is scheduled for Dec. 16 at 7 p.m. The Gulf Coast Jazz Collective celebrates the holiday season with special guest artists saxophonist Valerie Gillespie and trombonist Herb Bruce and brings the Collective’s special swinging style to holiday classics. Gulf Coast Jazz Collective founded in 2021, the Gulf Coast Jazz Collective brings the best of live Jazz performance to Southwest Florida. Under he artistic direction of drummer, educator, composer & arranger Paul Gavin, the Jazz Collective invites the best artists from the country to collaborate in concerts that span the entire genre of jazz.
The MACC is located at 13411 Shire Lane, Fort Myers (just off Daniels Parkway). For tickets to shows at the MACC, call 239-277-1700 ext 108 or visit www.gcsymphony.org.