The Gulf Coast Symphony music programs continue in April at Barbara B. Mann Performing Arts Hall at FSW and at the Music and Arts Community Center in Fort Myers.

Brian Lin
Brian Lin performs April 2 at 7:30 p.m. at the MACC. Chinese concert pianist and doctoral candidate Brian Yuebing Lin enjoys a multi- faceted career of not only high-profile performances across four continents, but also as a frequent lecturer and music educator, the founder of the international media platform Piano League, and as an award-winning financial pundit. Describing his performance skill set, the renowned pianist Matti Raekallio hails Lin as “a tremendous virtuoso with an appealing richness of musical imagination and a performer’s courage that immediately captures the listener.” 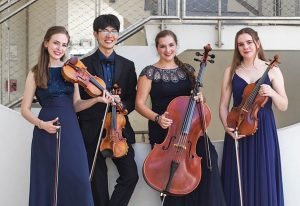 Stamps String Quartet
Stamps String Quartet will perform April 3 at 7:30 p.m. at the MACC. The Stamps String Quartet is comprised of four outstanding young string musicians (2 violins, viola, and cello) who are enrolled at the University of Miami Frost School of Music. They were selected from an amazing roster of talented young artists who passed the auditions of the Frost School of Music and met the academic requirements of the University of Miami. The students were each offered a full four-year scholarship, including room and board, provided by the Stamps Scholars Program. 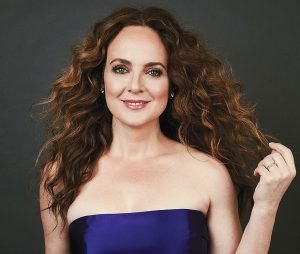 Melissa Errico
Melissa Errico will be at the MACC April 8 at 7:30 p.m. A woman of stage, screen and song, Melissa Errico has become one of the polestars of the American musical theater. Actress and author, called “an incomparable concert performer” by The Wall Street Journal, she mixes cabaret and classic shows with much-praised recordings—and then adds a wry take on them all in sparkling prose. A Gulf Coast Symphony fan favorite, Melissa has performed with the Gulf Coast Symphony a half dozen times over the past 20 years.

Jazz Jam
Jazz at the MACC – Jazz Jam will be presented April 21 at 7 p.m. Join the members of the Jazz Collective and enjoy an “open mic night jam” Join them onstage and play different jazz standards.

Richard Rodgers tribute
The Gulf Coast Symphony will end the month with Richard Rogers Tribute April 24 at 7 p.m. at Barbara B. Mann Performing Arts Hall. Richard Rodgers was one of the most significant American composers of the 20th century, having composed 43 Broadway musicals and being credited with over 900 songs. This program is a tribute to his greatest works. Call the Mann Hall box office at 239-481-4849.

The Music and Arts Community Center is located at 13411 Shire Lane, Fort Myers (just off Daniels Parkway).
For tickets, call 239-277-1700 ext 108 or visit online at www.gulfcoastsymphony.org