Gulfshore Opera is Southwest Florida’s regional opera company serving communities from Punta Gorda to Marco Island. In its ninth season, the company has engaged a resident quartet to perform community concerts and will bring in nationally recognized singing actors for lead roles in the two fully staged productions. Recognized as the only touring opera company in Florida, GO plans a total of 40 performances at 20 different venues.
The season finale production, Don Giovanni, will open at the Barbara B. Mann Performing Arts Hall April 21 and conclude at Artis-Naples April 30.
The professional artists in residence vocal quartet will perform throughout January and February ending their stay with a full scale production of Rossini’s most popular work, The Barber of Seville.
They include soprano Catherine Ortega Spitzer, mezzo soprano Stephanie Doche, tenor Minghao Liu and baritone Jake Stamatis. 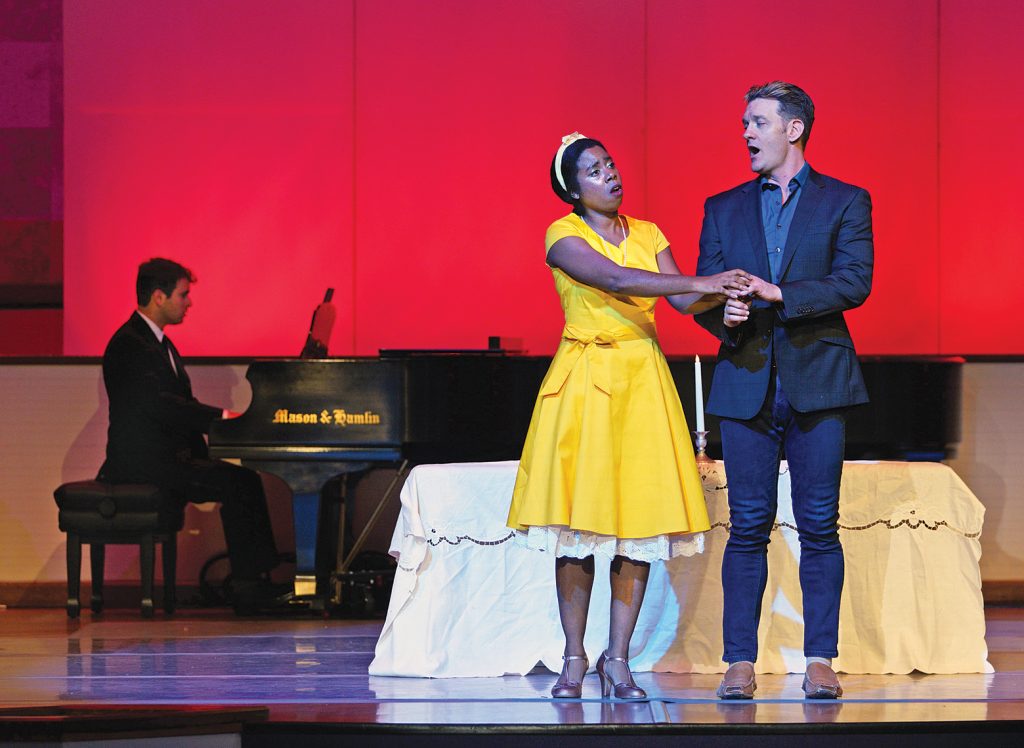 The high season community concerts begin with Opera to Broadway, American Composers which can be seen at many venues between Jan. 19 and Feb. 4. The program consists of selections from American opera, songs and musicals by Gershwin, Porter, Sondheim and others. Gulfshore Opera’s professional artists in residence perform with piano accompaniment.

Also in January, GO returns to Daniels Pavilion at Artis-Naples with Mostly Mozart. This concert, presented by a quartet of Gulfshore Opera artists, will explore melodic beauty, formal elegance and richness of harmony with a variety of scenes and arias by Mozart and the Italian masters, Rossini and Donizetti, who followed him.
In February, the company presents the first of two full scale productions – The Barber of Seville by Gioacchino Rossini tours three counties Feb. 19 – 26.
As a non-profit with an active social initiative for at risk students, GO places great importance on its annual fundraising opera gala. Save the date March 12 for the Gulfshore Opera Gala, the company’s signature fundraising event. The event begins with the “Bel canto to Bernstein” concert at Vanderbilt Presbyterian church, starting at 4 p.m. Those who purchase the Gala package, will move to The Club at the Strand ballroom for an elegant dinner and fundraising activities following the concert.

Celebrate the rich heritage of our kin from the Emerald Isle with Songs of Ireland, on tour March 8 – 15. Back by popular demand, the GO Divas will perform beautiful, traditional and contemporary Irish song arrangements in the style of Celtic Woman and others, with piano, fiddle and drum accompaniment. 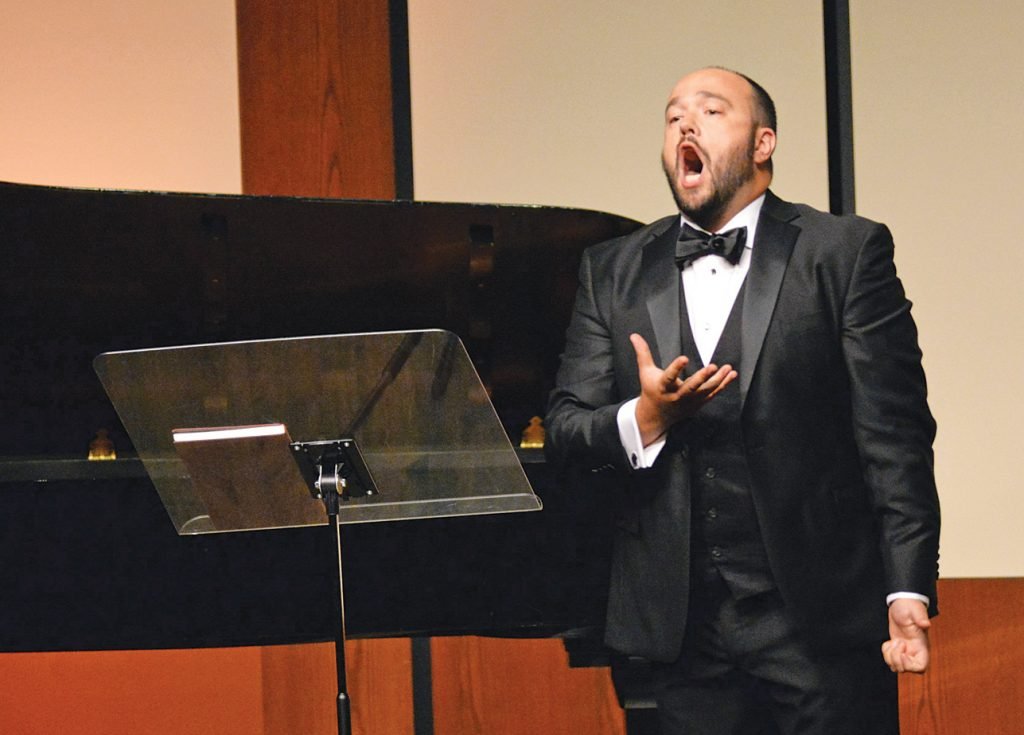 Around the World in Song

The community concerts continue with Around the World in Song which visits all three counties March 28 – 31. In this series, GO artists will take you on a wide ranging musical journey performing popular and classical songs.
The season 9 finale grand opera production is Don Giovanni. Based on the Spanish legend of Don Juan, this philandering hero blazes a path to his own destruction in a single day. The company plans a full scale production in partnership with Naples Philharmonic Orchestra and featuring renowned soloists with lush sets and costumes and the GO chorus. Experience this classic opera April 21 at Barbara B Mann Performing Arts Hall and April 30 at Artis—Naples.
Latin Infusion! goes on tour May 4 – 7. Attendees will experience a kaleidoscope of Latin music including boleros, zarzuela and Latin pop, by Gipsy Kings, Santana and others.
For more info, visit gulfshoreopera.org or call GO headquarters at 239-529-3925.