Kristen Coury, CEO and producing artistic director of Gulfshore Playhouse, has announced the cast and creative team of the upcoming production of Mud Row by Tony-nominated playwright (Ain’t Too Proud: The Life and Times of the Temptations) and MacArthur Genius recipient Dominique Morisseau.
This exciting and engrossing play is directed by Marshall Jones III and runs Jan. 5 – 29 at the Norris Center, 755 8th Avenue S., Naples.
Geography. Generations. Gentrification. Regine must decide the fate of a house she never wanted, the same house where Toshi’s been squatting for three months. Elsie is willing to do anything to move up in the world, while her sister Frances is willing to risk her life to change it. Beneath the roof of one house, generations apart, these women must confront their shared legacies, and each other, in this riveting, humorous, and hopeful story about the love between sisters from one of America’s most vital voices.
At the helm of this production is director Marshall Jones III (2021’s Radio Golf). Jones returns to Mud Row, after directing the show for Premiere Stages in New Jersey. He currently serves as Associate Dean of Equity for the Mason Gross School of the Arts and was previously the Producing Artistic Director for the Tony® Award-winning Crossroads Theatre Company.
“One of the many strengths that Ms. Morisseau possesses as a dramatist is creating strong, vibrant female characters. When asked to direct, I had to momentarily wrestle with the fact that can I, as a black male, effectively navigate the emotional journey of these female characters?” noted director Marshall Jones III. “Well, the answer is YES because I completely understood the female characters in Mud Row – as I see aspects of my mother, my wife, my sister, my friends, and my children. When you view a Morisseau play, you witness a vivid portrayal of the full range of contemporary black experience – the good and the not-so-good. Her writing is clever enough to provide a glimpse of the characters’ past so one can observe how that past informs the present. There’s much appreciation for her unique storytelling style which features average people faced with complex situations, so this makes Mud Row relatable.” 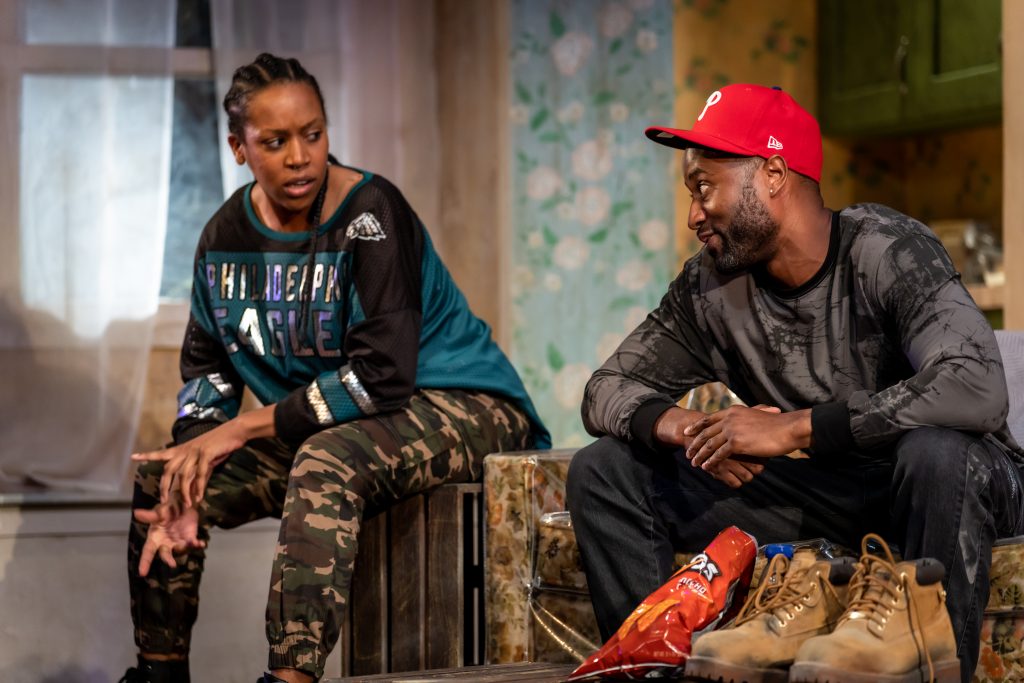 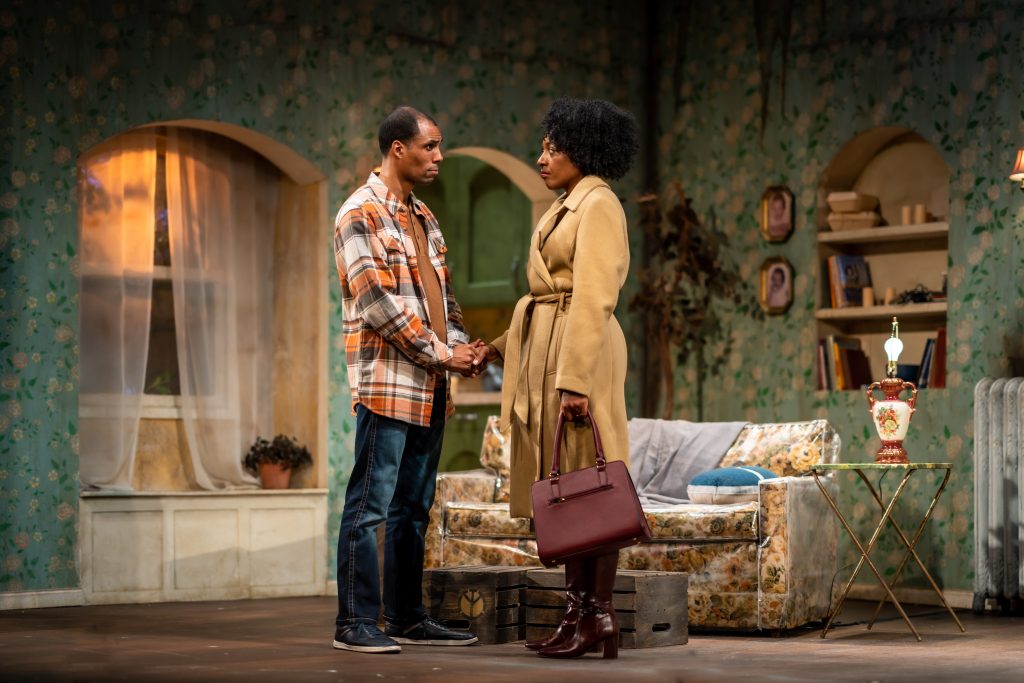 James Holloway as Davin and Lillian Oben as Regine in Mud Row. photo by Matthew Schipper