Island Hopper Songwriter Fest kicks off its seventh year with an impressive lineup of talented singer-songwriters including headliners Jimmie Allen and Michael Ray.
Ray performs at Pinchers at The Marina at Edison Ford in downtown Fort Myers on Sept. 23.
Allen will perform at the pool party at Pink Shell Beach Resort & Marina on Sept. 26.
Island Hopper Songwriter Fest, a free 10-day music festival – except for a few ticketed events – runs from Sept. 17 – 26.
It begins on Captiva Island Sept. 17 – 19, then moves to historic downtown Fort Myers Sept. 20 – 23, and wraps up on Fort Myers Beach Sept. 24 – 26.
In the Fort Myers River District, 19 songwriters are scheduled to play at five venues which include City Tavern, The Barrel Room, Twisted VIne Bistro, Social House and Pinchers at The Marina at Edison Ford.
The national and local songwriters on the downtown schedule are Aaron Barker, Bill Metts, Billy McKnight, Chasing Denver (Chris & Victoria Kemp), Claire Vine, Danny Myrick, David Hintz, Eli Mosley, Frank Myers, Gary Hannan, Kim Mayfield, Mark Mulch, Marlo and Mark, Megan Linville, Michael Ray, Rik Ferrell, Robert Bidney, Roy Schneider and Scott Parmer.
The event is the largest songwriter festival in Southwest Florida and offers a unique experience to interact with songwriters at pool parties and beachside venues.
This year, more than 70 singer-songwriters from around the country will perform more than 100 shows at 20 different venues.
“BMI is thrilled to partner once again with Lee County Visitor & Convention Bureau and iHeartMedia for the 2021 Island Hopper Songwriters Fest,” said Dan Spears, BMI vice president of industry relations. “After the challenging year we’ve had, this festival offers the perfect opportunity to bring people back down to Southwest Florida and celebrate with great food, drinks and music. Thank you to all of the participating BMI-licensed restaurants, bars and hotels for giving our songwriters a platform to showcase their music and share the stories behind some of their most popular songs.”
While most of the festival performances are free, a few exclusive ticketed shows are available on the official festival app under the schedule tab. You can download the app in the App Store or on Google Play free of charge.
Visit www.islandhopperfest.com for more details. 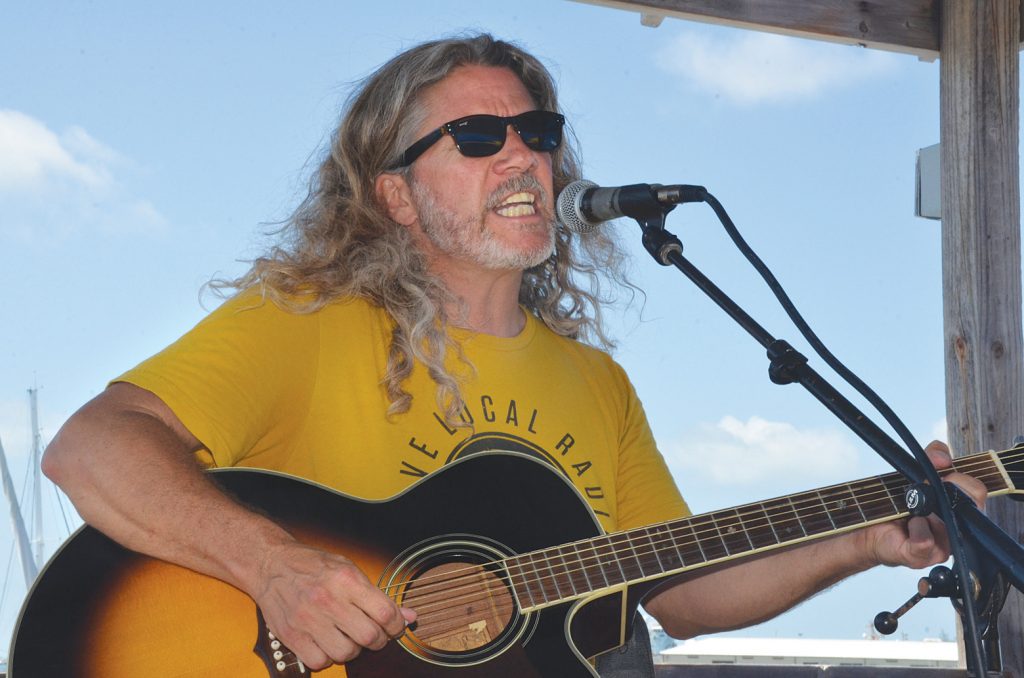 Mark Mulch
Mark made the big move from his home in New Jersey to Nashville in January of 2006 with two goals in mind – landing a publishing deal and a record deal for the Mulch Brothers. In 2010 Savannah Music Group signed Mark as a staff songwriter and as an artist as a member of the Mulch Brothers. Just before signing the deal he scored his first cut in Nashville with Universal’s Randy Rogers Band co-writing the song “Steal You Away” (Produced by Grammy Award winning Producer Paul Worley). The song became a single and spent 7 weeks at #1 on the Texas Music Charts as well as enjoying National & International radio airplay.

Chasing Denver
Married country duo Chasing Denver, made up of Chris & Victoria Kemp, has been sparking interest across the globe with their tight harmonies and love connection since early 2018. Influenced heavily by artists from the 80s and 90s, their sound can be classified as traditional, with a mix of New Age country music. Their audience connection through story and laughter is one of many reasons audiences keep coming back to see them. Listen to their music on Spotify, iTunes, and all other music streaming platforms.

Aaron Barker
Aaron Barker was born in San Antonio, Texas, and began his musical career in a “variety band”. His first attempt at creating his own song, “Baby Blue,” was recorded by George Strait on the ‘If You Ain’t Lovin’, You Ain’t Livin’ album and went number one in Billboard. Aaron then began to refine his original material in small clubs and cafes where he would play on weekends. This led to him writing, “Love Without End, Amen,” which was also recorded by George Strait and hit number one in Billboard for five consecutive weeks. Barker also wrote Strait’s # 1 song “Easy Come, Easy Go” and Lonestar‘s “What About Now.” His songs have also been recorded by, Clay Walker, Aaron Tippin and Willie Nelson.