The Ranch Concert Hall & Saloon has an active calendar of concerts featuring national country and rock artists.
The Sam Galloway Ford Concert Series will welcome Jimmie Allen on March 4, Shenandoah on March 12, LOCASH on March 19, Tracy Lawrence on April 22, Eli Young Band on April 23, Chris Cagle on May 7, Brian Kelley of Florida Georgia Line on May 14 and Frank Foster on May 20. 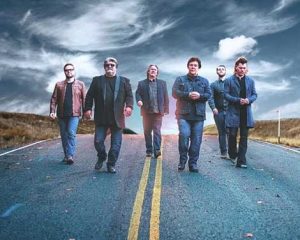 Other upcoming concerts at The Ranch Concert Hall (not part of the Galloway series) include Theory on March 5, Rumours (Fleetwood Mac tribute) on March 25, The Movement on April 28, Greggie and the Jets on April 30, Stryper on May 27 and Cinderella’s Tom Keifer Band with LA Guns and Faster Pussycat on July 24.
For tickets and more details, go online to www.theranchfortmyers.com. The Ranch can be reached at 239-985-9839.
For most concerts, the doors open at 7 p.m. at The Ranch Concert Hall & Saloon, which is located at 2158 Colonial Blvd. in Fort Myers.