Joey and Maria’s Comedy Italian Wedding is an interactive dinner show that began in 1992.
This show is written by Darlyne Franklin who is formerly Darlyne Dorato a native East Bostonian and now a resident of Bonita Springs.
The show was derived from her observing how people enjoyed (in the early ‘90s) the trending murder mysteries and karaoke. People wanted to be part of the show. Merging her comedy and TV writing experience she decided to write a comedy wedding. An event where the audience is part of the show, they’re the invited guests, they dance, drink, eat, mingle with each other and the bridal party.
Believing “it’s best to write what you know,”,she made the show like her own families’ traditional weddings, Italian. At every Italian wedding, the dad chooses the music, the uncle sings Mack the Knife, the groomsman makes a revealing toast about the groom, the Nonna sings the wrong lyrics to Cellaluna, someone over drinks, someone gets a “weekend pass from jail” from the Governor, you know, a regular wedding. It’s a blast.
It has run in more than 19 major cities across the United States including Las Vegas, Boston and New York. It is also played in The United Kingdom, Greece, Ireland, Australia and Canada.
Joey & Maria’s Comedy Wedding open Nov. 11 at The Ballroom inside The Naples Women’s Club, 570 Park St. (off 5th Ave) – it will run a random 7 days a week. Ticket price for November and December is $75 per person and includes dinner prepared by Artichoke & Company.
It’s a great event for family and friends to gather for the holiday weeks. From January though April, tickets will be $85 per person.
Also in January through March, the show will be running random dates at The Elks Bonita/Estero, 3231 Coconut Road, Bonita Springs Tickets there will be $60 per person with dinner.
Visit online at www.comedyitalianwedding.com or call 1-888-5-NAPLES (1-888-562-7537) for tickets and more info,

Darlyne Franklin was born Darlyne Dorato and raised in East Boston MA. She came to visit Naples 16 years ago. After being a snowbird she decided to stay and become a resident of Bonita Springs. She has been married to Paul Franklin for 40 years, but not in a row. They recently remarried for a second time. 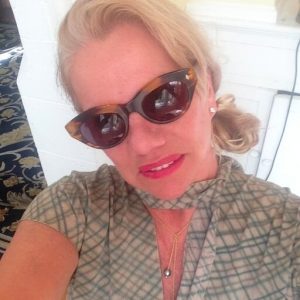 She was one of the early pioneers of interactive theater, beginning in 1992 when she wrote and produced Joey & Maria’s Comedy Italian Wedding. This show has enjoyed a tremendously successful run, being in continuous production.
She also created additional interactive shows such as The Wake of Matty O’Malley, Wicked Real Housewives of the Mob and The Soprano’s Last Supper, which were performed in Las Vegas venues for over ten years.