The glorious music of Lerner & Loewe’s Camelot has stirred audiences’ souls since its first theatrical production in 1960, followed by the 1967 Oscar-winning movie starring Richard Harris and Vanessa Redgrave. The original songs are at the heart of Naples’ TheatreZone’s production of the musical, but the script is thoroughly fresh and innovative.
TheatreZone’s production of the show will be staged March 10 through March 20, with matinees and evening performances. TheatreZone’s presentation of the edgier, modern version of the Camelot legend reimagines the script. Just eight cast members – seven men and one woman – relate the story to the audience as they perform and don costumes as the show unfolds. “It’s a show-within-a-show,” said TheatreZone’s founding artistic director Mark Danni. 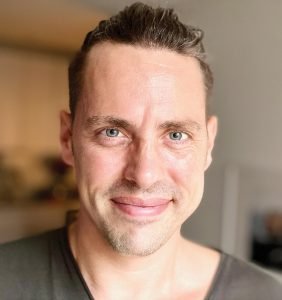 The talented group of actors create the story of Arthur in front of audience’s eyes while bringing to life the glamour and seduction of the Camelot era.

The familiar story follows the love triangle of King Arthur, Guinevere and Sir Lancelot. An idealistic Arthur hope to create a kingdom built on honor and dignity, embodied by his Knights of the Round Table. His ideals, however, are tested when his lovely queen, Guinevere, falls in love with Lancelot, and the fate of the kingdom hangs in the balance.
Actor Robert Koutras, who recently starred in TheatreZone’s production of Bright Star, stars as King Arthur. 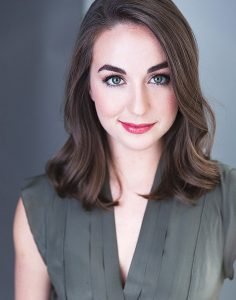 Guinevere is played by Whitney Winfield, who starred as Fiona on the national tour of Shrek. Originally from Naples, the homegrown talent is familiar to TheatreZone audiences from her roles in Tonya & Nancy: The Rock Opera, Brooklyn … the Music, The Mystery of Edwin Drood and No No Nanette.
The production’s score boasts such gems as “If Ever I Would Leave You,” “I Loved You Once in Silence,” “The Lusty Month of May” and the showstopper “Camelot.” Music director is Keith Thompson, who creates a rich orchestral sound with two woodwind players, violin, bassoon, piano, percussion and French horn.
Alan Jay Lerner wrote the book and lyrics for Camelot and Frederick Loewe wrote the music and was based on the book “The Once and Future King” by T.H. White.
Danni directs the show with TheatreZone co-founder Karen Molnar Danni creating the choreography.
Lerner & Loewe’s Camelot is staged at TheatreZone at 7:30 p.m. March 10 – 13 and March 17 – 20, and at 2 p.m. on March 12, 13, 19 and 20.
TheatreZone is located at the G&L Theatre, 13275 Livingston Road, on the campus of the Community School of Naples.
To purchase tickets, visit www.Theatre.Zone or call 888-966-3352, ext. 1.