By Sue Wade
It seems like Punta Gorda’s winter season is getting longer and busier every year.
Gulf Theater at the Military Heritage Museum, already selling tickets for Season 4, aims to keep up with it.
Now lasting a week longer, from Nov. 4 to April 14, Gulf Theater’s new season has more of everything, from a special Veterans Day tribute and three Christmas shows to 20 tribute shows showcasing 30 different acts that spotlight more of the classic rock that audiences crave.
Many shows have sold out so fast in the past that Gulf Theater is staging matinees to handle the overflow from what will likely be packed evening performances.
Gulf Theater manager Isaac James doesn’t exactly sit around all season, either. Well before the 2021-2022 season ended he was booking acts for 2022-2023.
“The Gulf Theater at the Military Heritage Museum is now one of the busiest performing arts venues in Charlotte County,” he said.
“The 2021-2022 season was unbelievable. So many sold-out shows, thanks to all our loyal patrons, who are now on a first-name basis. This was the goal that Gary Butler, the museum’s executive director, and I wanted to achieve: To provide a beautiful venue, with incredibly talented, nationally touring entertainment, close to home,” said James.
“If you live in Charlotte County, you no longer have to drive to Venice, Sarasota or Fort Myers for high-quality entertainment. One of our loyal patrons lives just two blocks from the theater in Punta Gorda‘s historic district. Every show, she walks out beaming and thrilled that she no longer has to drive an hour for her favorite tributes.”
Gulf Theater’s tribute-packed Season 4 kicks off Nov. 4—fittingly enough, with History of Rock ‘n’ Roll, where the versatile Johnny Rogers portrays seven different stars, from Jerry Lee Lewis to Rogers’ own second cousin, Elvis, in a one-man revue.
The theater starts the holiday season early with a Veterans Day Tribute where veterans get an unprecedented 20% discount. The Nov. 11 show, bridging USO-era music and modern anthems from Neil Diamond and Lee Greenwood, will bring the audience to their feet, tears in their eyes.
Just before Thanksgiving, on Nov. 18, Jonathan Elgart invites you to sing along once again with his uncannily soundalike Brooklyn Boys tribute to Neil Diamond and Barry Manilow.
The month of December glitters with special Christmas gifts, beginning with the sure-to-sell-out Bob Hope’s Crooners Christmas Show on Dec. 2, with classic Christmas music propelled by the iconic comedy of Hope impersonator Bill Johnson.
December also has a local favorite, steel-drum virtuoso John Patti, with Rockin’ Blue Christmas on Dec. 9, and “Ditchfield Family Christmas” on Dec. 16. 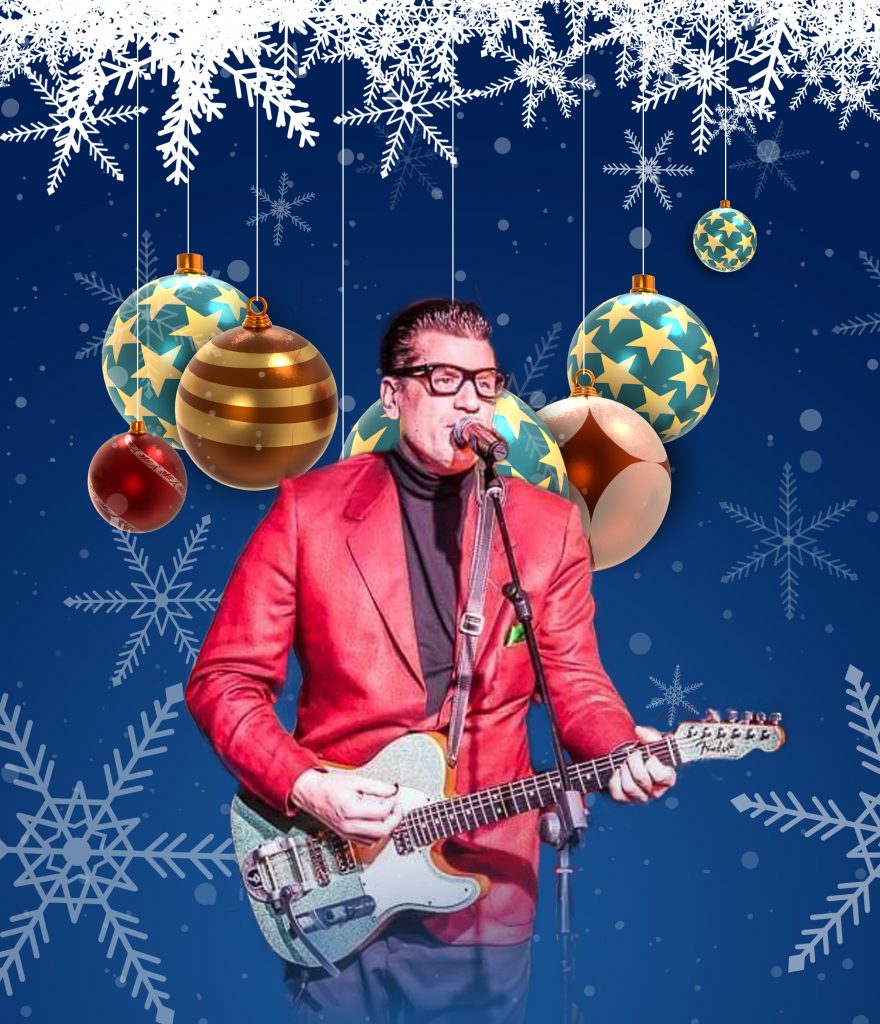 The new year delivers a weekly cavalcade of new and returning tributes spanning the 1970s to today.
In 2023’s first show, on Jan. 13, Benny Israel and the Meet Loaf tribute band bring back the late Michael Lee Aday (a.k.a. Meat Loaf) to sing favorites like “Paradise by the Dashboard Light” and “You Took the Words Right out of My Mouth.”
On Jan. 20, it’s back to the 1970s with the best Bob Seger tribute band many have ever seen. Fire Lake puts lookalike singer Gar Hogan and pro touring musicians onstage to cover the roots rocker’s entire gravel-voiced career in story and song.
Ron Rich’s Rocky Mountain Memories on Jan. 28 is a two-hour tribute to John Denver’s tragically shortened career, with favorites like “Rocky Mountain High” and “Take Me Home Country Roads.”
February’s shows deliver even more stars per ticket. Borrowing their name from the 1969 song, The Boxers will put you in the front row of a live Simon and Garfunkel concert on Feb. 3. The show also includes mini-tributes to the Everly Brothers, who inspired Simon and Garfunkel, and to Paul Simon’s solo career.
On Feb. 10, The Destiny of Rock Show presents the unforgettable sounds of two of the 1970s’ and 1980s’ biggest classic rock bands: Styx and Boston.
Feb. 17 sees a rare tribute to country-rock royalty: Garth Brooks with special guest Simply Shania (Twain).
Gulf Theater parties like it’s 1985 on Feb. 24, when award-winning Cher impersonator Betty Atchison takes the stage, along with tributes to KC and The Sunshine Band, and Huey Lewis and the News.
March brings back last season’s Almost ABBA (March 3), Beach Buoys (March 10), Memories (Sharon Owens as Barbra Streisand on March 24) and The U.S. Stones on March 31, along with others that are likely to become sold-out favorites, too. Jimmy Stowe and the Stowaways will turn Gulf Theater into Margaritaville on March 17, with their tribute to “the other Jimmy” (Buffett).
The Chris Walters Trio “Rhapsody In Burlesque: The Music of George Gershwin & Cole Porter” comes to Punta Gorda from Nashville on March 18. 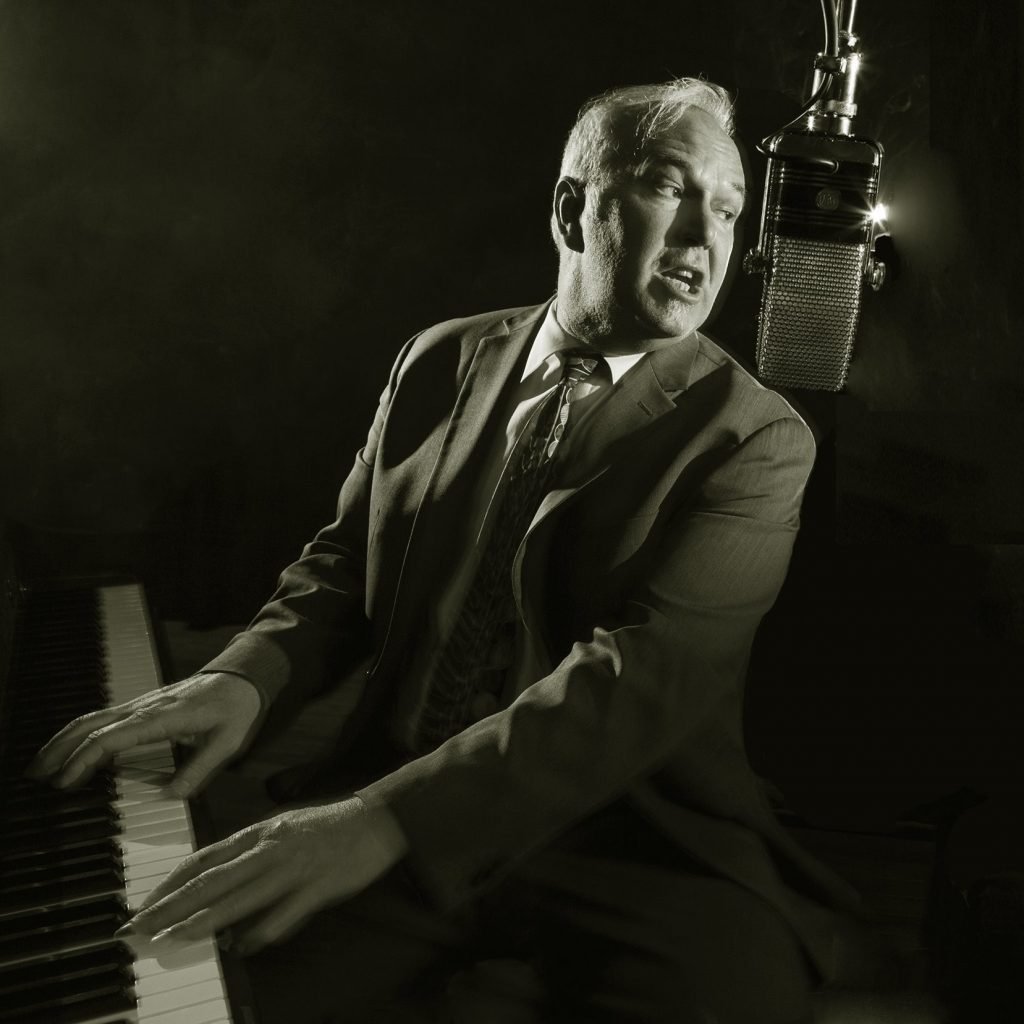 After performing over 1,000 shows in 15 years, the six-member Alter Eagles is recognized as the premier Eagles tribute band. They’ll rock Gulf Theater like it’s never been rocked on March 22. On National Vietnam War Veterans Day, March 29, Bad Moon Rising reincarnates another classic rock standard—this time, Creedence Clearwater Revival’s southern swamp rock.
Season 4 wraps up in April with more new tributes from U.S. Bee Gees (April 5), Chicago Rewired (April 12) and Crosby, Stills, Nash & Young emulators Southern Cross (April 14).
“This is an intimate setting,” James reminds all. “Unlike venues seating close to 1,000, we seat only 247. Not a bad seat in the house. I always want to please an audience, to have them leave here glowing because they’ve had such a good time.”
Gulf Theater at the Military Heritage Museum is located at 900 W. Marion Ave., Punta Gorda. For schedule and tickets, go to www.gulftheater.org or https://ci.ovationtix.com/35397, email [email protected], or call 941-205-8545. 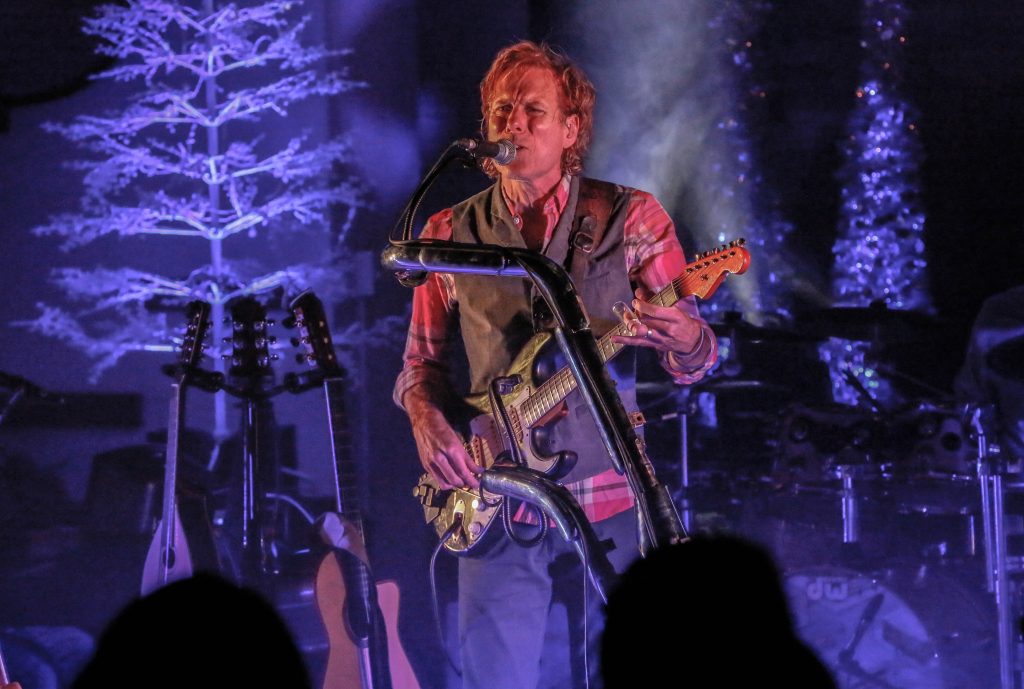