Several Nashville singer-songwriters are scheduled to perform Saturday, March 26 at Cape Cabaret Dinner Theater in Cape Coral. The dinner and show will benefit the Tragedy Assistance Program for Survivors. TAPS has helped more than 100,000 loved ones of those whose lives included military service.
The evening’s performers include Frank Myers, Andy Griggs, Danny Wells, Jimmy Nichols, Deborah Allen, Tony David and WildeFire, Pam Hughes and Charlie Zanichelli.
Frank has 10 #1 and 25 Top 10 hits. He got his start in Nashville as band leader, road manager and lead guitarist for Eddy Raven. Frank’s first single #1 hit, “You and I,” was recorded by Eddie Rabbitt and Crystal Gayle. Gary Baker became Frank’s songwriting partner, and they had their first #1 hit together with “Once Upon a Lifetime” sung by Alabama. Gary and Frank were three-time nominees for Duo the Year at the ACM’s and CMA’s. Their #1 hit, “I Swear,” won the Grammy Award for Song of the Year. Frank co-wrote two #1’s, “I’m Already There,” BMI’s 2002 Country Song of the Year and “My Front Porch Looking In” (Lonestar). “I Turn to You,” recorded by Richie McDonald, was nominated for a Dove Award for Best Country Christian CD. 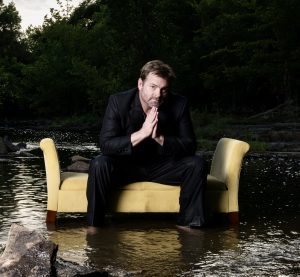 Andy Griggs has two #1’s, five Top 5s and four other Top 10’s on the Billboard Country Chart. Andy’s popular singles include “She’s More,” “You Won’t Ever Be Lonely,” “How Cool Is That,” “She Thinks She Needs Me,” “Tonight I Wanna Be Your Man” and “Can I Get an Amen.” Andy has recorded with Coley McCabe, Waylon Jennings and Martina McBride. He grew up in Louisiana, has been a youth minister, and an actor (La Bamba; Where the Heart Is; Inside Music Row.)
Doors open at 5 p.m. and the entertainment runs 5:30 – 10:30 p.m. Tickets are $60 each and include dinner and the show.
For reservations, call 239-549-3000. Cape Cabaret is located at 4725 Vincennes blvd. in Cape Coral.
For more about TAPS, visit online at www.TAPS.org.