Next to Normal will be staged Jan. 26 through Feb. 5 at the Music and Arts Community Center in Fort Myers.
Winner of three 2009 Tony Awards, including Best Musical Score, and the 2010 Pulitzer Prize for Drama, Next to Normal was only the eighth musical in history to do so. (Since then, Hamilton also won the Pulitzer.) 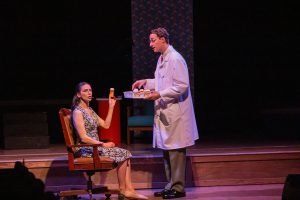 When bestowing this award, the Pulitzer committee described the show as “a powerful rock musical that grapples with mental illness in a suburban family and expands the scope of subject matter for musicals.”
Next to Normal is a contemporary family drama, about a woman dealing with mental illness and the effects of her illness on the family. Although there is heartache, there is also humor and hope in the story. The story is told through song, and its powerful, sensitive, dramatic music makes it a gripping piece of theater.
The cast includes Jennifer Lynn Jewell as Diane, Luther Chakurian as Dan, Reed Lancaster as Gabe and Kylan Ritchie as Natalie.
The Music and Arts Community Center is located at 13411 Shire Lane, Fort Myers (just off Daniels Parkway).
For tickets and information, visit www.gulfcoastsymphony.org or call 239-277-1700 ext 108. 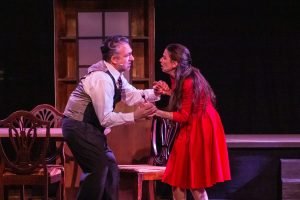