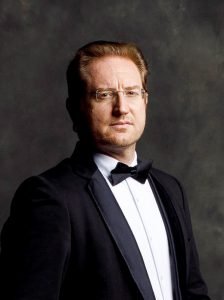 Following last season’s inaugural runaway success, the opera company has expanded the festival from four days to over a week, with more than double the performances as well as a free Family Fun and Community Day on Sunday, March 13 from 11 a.m. to 2 p.m. in Cambier Park. As part of the festival activities, guests at the Family Fun and Community Day event can enjoy performances by Opera Naples’ children’s chorus, Resident Artists along with fun activities, bounce house, exhibits and more.

Featured productions and concerts during the II Festival Under the Stars include:

“Last season’s Festival Under the Stars was a first for Opera Naples and proved to be one of the most successful initiatives we’ve ever taken on,” said Ramón Tebar. “By bringing together the best opera artists and the most popular opera productions amidst a backdrop of Southwest Florida’s natural beauty, and creating a narrative around inclusivity, we were able to break down barriers and welcome more than 3,400 patrons over four days – many of whom had never attended an opera performance before. It showed the power music has to bring people together, and we are excited to grow this exceptional format and continue to move opera forward for the next generation.”