Get ready for two days of country music, all in a beautiful major league ball park.
The Southern Grand Slam Music Festival is set for April 22 and 23 with headliners Dylan Scott on Friday and Justin Moore on Saturday.
The music festival will take place at the Charlotte Sports Complex, 2300 El Jobean Road, Port Charlotte.
Tickets are $55 per day or $95 for two days. VIP tables are available for $800 and include 10 wristbands for both days of the show. Buy tickets online at www.eventbrite.com.
Parking opens at 11 a.m. both days and is $10. RV parking and overnight parking is $55. Gates will open at 1 p.m. both days.
The Friday, April 22 music schedule includes Dylan Scott, Jon Langston, Tobacco Road Band and Texas Hill Band.
The music on Saturday, April 23 includes Justin Moore, Jack Michael Music, Tom Jackson Band and Jim Brown. 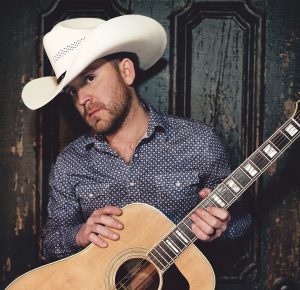 Justin Moore has built a loyal following over the past decade with his traditional country sound and captivating live shows. Those fans helped boost his fifth studio album, Late Nights and Longnecks, to the top of the charts upon its release. Lead track “The Ones That Didn’t Make It Back Home,” and follow up “Why We Drink” both peaked at No. 1 on both Mediabase and Billboard bringing the Arkansas native’s tally to nine chart-toppers. Moore’s previous project, Kinda Don’t Care, earned the singer his third consecutive No. 1 album debut and features his chart-topping singles “You Look Like I Need A Drink” and “Somebody Else Will.”
It served as a follow up to his second No. 1 album release, the Gold-certified Off The Beaten Path.
Over his 10 plus year career, Moore’s No. 1 hits have also included “Point at You,” “Lettin’ The Night Roll” “If Heaven Wasn’t So Far Away,” “Small Town USA” and “Till My Last Day” as well as seven Top 10 hits and Platinum-certified albums Justin Moore and Outlaws Like Me. 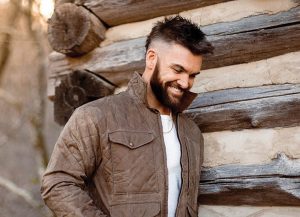 When you grow up in the middle-of-nowhere Northeast Louisiana like Dylan Scott, a 20-minute drive from the nearest town, you learn a few lessons early on. Chief among them is this: If you want something done, you’ve got to make it happen yourself – even if it’s becoming a bona fide country star. Just ask Curb Records talent Dylan Scott.
“You have to work at it if you want it,” the hitmaker says. “You can’t sit back and expect someone else to make it happen for you, you’ve gotta do it yourself.”
Scott has lived by that mantra his whole life, and lately he’s been rewarded for the effort. With his romantic, platinum-certified #1 hit “My Girl,” gold-certified Top 5 smash “Hooked,” and Top 5 breakout album Dylan Scott, he’s transformed real-life experience into chart-topping success, sold out some of the nation’s most famous venues on headline tours, and performed for millions on national TV. And now with his electrifying Nothing To Do Town – EP, a new chapter begins – one that proves no matter how far Scott comes, he won’t forget where he started.
After a blistering rise through the country ranks, his bootstrap-pulling work ethic paid off. “My Girl” shot to the top of the radio charts in the summer of 2016, earning Scott his first-ever platinum certification and revealing an artist with a knack for hot-and-heavy sensitivity plus a strong connection to fans, having surpassed 200 million views on YouTube alone with intense social media support.
Produced by Big Boy Toyz Expo, call 305-761-8860 for more information.