The smash comedy hit Blithe Spirit offers up a fussy, cantankerous, and spiritual skeptic in Charles Condomine (James Duggan).
Playing in Blackburn Hall at The Naples Players from Sept. 28 – Oct. 23, Charles’ spiritual skepticism vanishes when the ghost of his deceased ﬁrst wife, Elvira (Erica Jones), accidentally materializes—but only to him. Elvira’s still in love and wants Charles back, and is not about to let a little thing like death stand in her way.
From the delightfully wicked mind of Noël Coward, The Naples Players present Blithe Spirit, where love and marriage devolve into laughter and mayhem – and ‘Till Death Do Us Part’ no longer applies.
Director Emma Canalese says, “Blithe Spirit has been one Noel Coward’s most enduring and reproduced works for a reason. He wrote this wonderfully funny and silly play in the middle of World War II because he wanted to give the audience a chance to laugh and be swept away from the realities of the world for a few hours. It has stayed popular because we are all still romantics at heart but…be careful what you wish for because it might come at you with relentless and unstoppable force!” 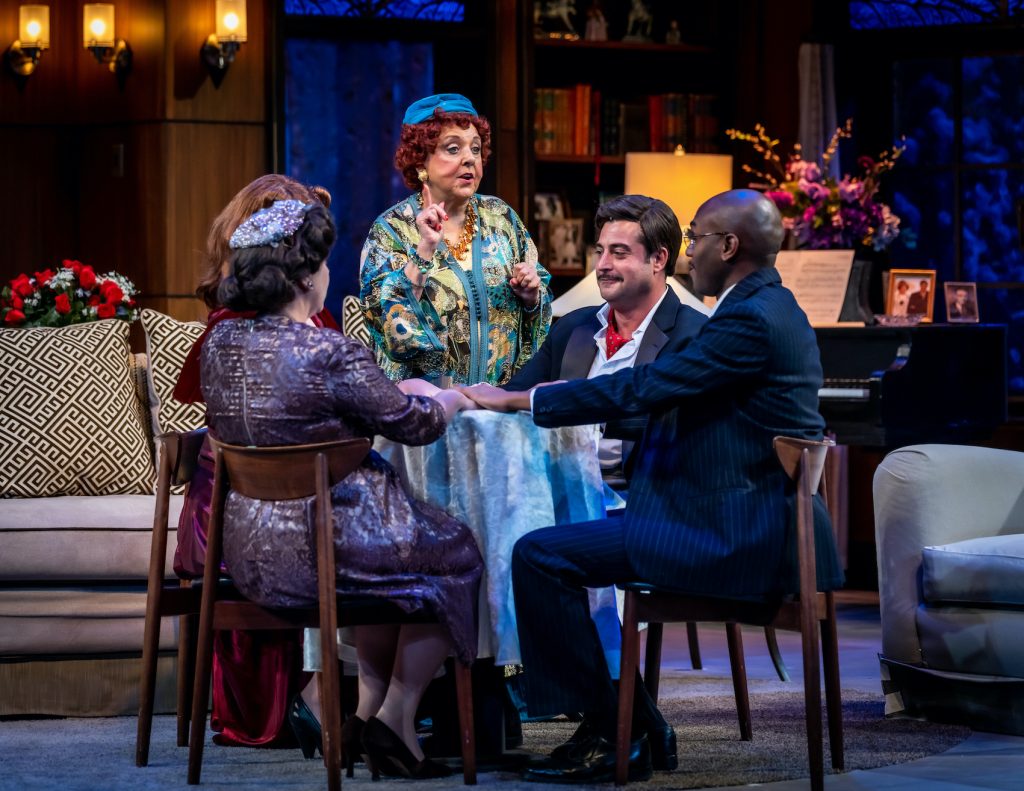 Todd Potter, scenic designer for Blithe Spirit, adds that he, “really wanted to do this show from the first I heard it was a choice for the season. I enjoy collaborating with Emma (Canalese). She inspires me to look at the ‘not so obvious’ visual choices to set the stage. I need that as a scenic designer. I am always in a quest for knowledge or new ways to view our world.”
Canalese and Potter will be joined by the following team: lighting designer Andrew Vance, sound designer Sean McGinley, costume designer Mollie LaTorre and stage manager Jules Branche.
The cast includes Kathleen Barney, Karl Chery, Shelley Gothard, Erica Jones, Esther Snyder and Jessica Walck.
A red carpet event (open to the public) is slated for Wednesday, Sept. 28 from 6:30 to 7:30 p.m. and features local vendors, food, drinks and live music from the band Chariot.
Performances are Wednesdays and Thursdays at 7:30 p.m., Fridays and Saturday at 8 p.m., and Sundays at 2 p.m. General public tickets are on sale for $47 at the TNP Box Office. Season ticket holders are offered a price of $37. Those interested can visit www.NaplesPlayers.org anytime or call the TNP Box Office at 239-263-7990.