Florida Repertory Theatre announces its return to the Historic Arcade Theatre with The Woman in Black, a spine-tingling ghost story, just in time for Halloween. Previews begin Oct. 26, and the show runs through Nov. 14.
For a detailed list of Covid safety guidelines, visit FloridaRep.org for up to date health and safety regulations aimed at keeping patrons, volunteers, performers, and staff safe inside Florida Rep’s facilities.
Adapted by Stephen Mallatratt from the novel by Susan Hill, The Woman in Black follows a lawyer who is obsessed with a curse that he believes has been cast over his family by the specter of a woman in black. The man engages a skeptical young actor to help him tell his terrifying story and exorcise the fear that grips his soul. The Guardian called it “a roller coaster of thrills and chills…a masterpiece.” 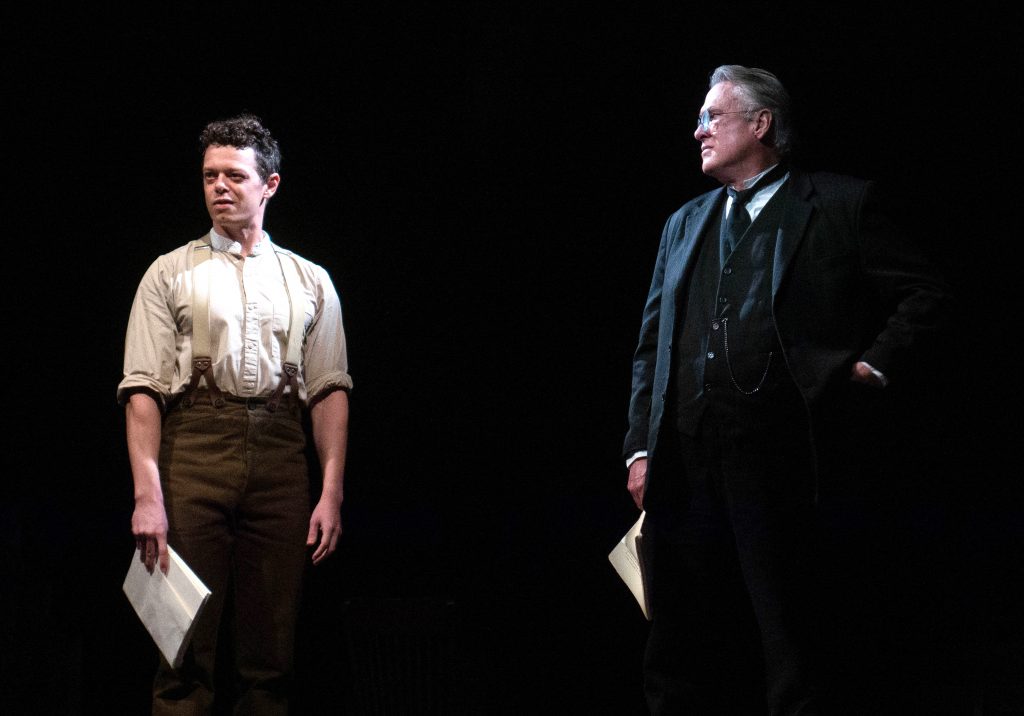 The production stars ensemble member V Craig Heidenreich, and guest artist David Darrow. Heidenreich returns to the Arcade after appearances in in the 2019-2020 season in Barefoot in the Park and as the inspector in An Inspector Calls, in addition to many other roles.
David Darrow returns to Florida Rep after appearing in Florida Rep’s 2020 production of A Gentleman’s Guide to Love and Murder, just before the pandemic forced the theatre to close its doors.
Making his Florida Rep debut, Steve Pacek directs the production. Based in Philadelphia, Pacek is an actor and director whose work at other theatres includes Virginia Stage, the Arden Theatre, the Alley Theatre, Walnut Street Theatre, Milwaukee Rep, and the 11th Hour Theatre, where he currently serves as transitional artistic director.
Pacek leads an expert creative team, including ensemble set designer Jim Hunter (The Fox on the Fairway), costume designer Jillian Parzych (Florida Rep debut), lighting designer Alyssandra Docherty (Florida Rep debut), sound designer Joel Abbott (Florida Rep debut), and ensemble stage manager Janine Wochna (A Gentleman’s Guide).

Tickets are $59/$55 and $39/$35 for previews, and available online at www.FloridaRep.org and through the box office at 239-332-4488. Performances are Tuesday – Saturday at 7 p.m., Wednesday, Saturday and Sunday at 2 p.m., and 8 p.m. for the opening night gala performance on Friday, Oct. 29.
Florida Rep’s parking lot will open two hours before each performance and offers guests free parking across the street from the Arcade Theatre.
Florida Repertory Theatre performs in the Historic Arcade Theatre and the ArtStage Studio Theatre on Bay St. between Jackson & Hendry.