TheatreZone kicks off 2023 with the six-time Tony Award-winning Stephen Sondheim musical A Little Night Music. The production opens on Thursday, Jan. 12 at 7:30 p.m. and runs for two weeks.
“A Little Night Music is a musical celebration and lament of romance and regret, perfectly expressed in the song at the heart of the show, Sondheim’s haunting Send in the Clowns,” said TheatreZone founder and artistic director Mark Danni.
With lyrics and music by Sondheim and book by Hugh Wheeler, A Little Night Music is based on Ingmar Bergman’s 1955 film, Smiles of a Summer Night. Set in early twentieth-century Sweden, the story depicts an evening of sexual musical chairs on the longest night of the year. The original production debuted on Broadway in 1973, ran for more than 600 performances and won the 1973 Tony Award for best musical. Sondheim won a record-setting fourth consecutive Tony Award in 1973 for the season’s best score.
A Little Night Music is the seventh Sondheim musical Mark Danni has directed at TheatreZone. The show will be choreographed by TheatreZone co-founder Karen Molnar Danni, with music direction by Charles Fornara. Mark Danni conducted A Little Night Music at the Signature Theatre in Arlington, Va., in 1998.
The cast features Larry Alexander as the successful, widowed, middle-aged lawyer Fredrik Egerman, married to 18-year-old Anne who doesn’t want to press his sexual advances, but is growing restless. TheatreZone co-founder, “triple threat” singer/actress/dancer Karen Danni, will play the female lead Desireé Armfeldt — the most complicated person in the play.
“The character of Desiree lets an actress explore the mindset and feelings of a woman trying to grasp the fact that time is passing her by. Not only is she concerned about her career as she ages, but also about the choices she made in her personal life, her relationships, companionship and love,” commented Karen Danni. 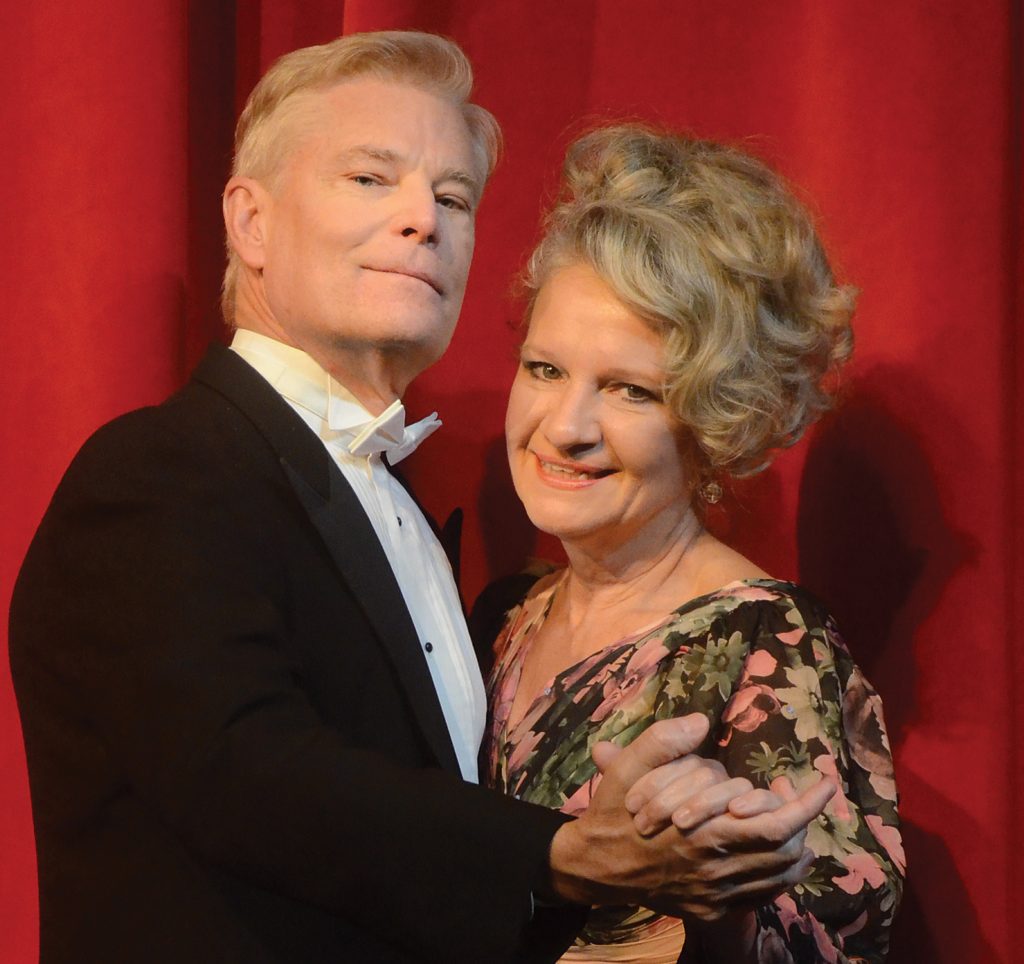 The production reunites actors Larry Alexander and Karen Danni for a seventh TheatreZone production. In A Little Night Music, they are paired as a couple who try to reignite a long-ago romance despite their current partnerships.
“There’s not another person in the world I’d rather work with on stage than Larry. He is so giving as an actor and is always open to new ideas and trying new things. It’s always a pleasure having him as my leading man,” said Karen Danni.
Longtime TheatreZone music director Charles Fornara will conduct an eight-piece orchestra featuring viola, piano, cello, clarinet, bassoon, flute, oboe, English horn, bass clarinet, piccolo and alto flute.
TheatreZone’s 12 performances of A Little Night Music are staged at 7:30 p.m. on Jan. 12 – 15 and Jan. 19 – 22, and at 2 p.m. on Jan. 14, 15, 21 and 22.
Tickets range from $50 to $85. For tickets and information, visit www.Theatre.Zone or call the box office at 888-966-3352 ext. 1.
TheatreZone stages its musical productions in the 250-seat G&L Theatre located in Naples at 13275 Livingston Road, between Pine Ridge and Vanderbilt Beach roads, nestled on the campus of the Community School of Naples.