The Sidney & Berne Davis Art Center announces two art exhibitions opening at Art Walk on Friday, July 1.
The Age of Titans is featured in the downstairs Grand Atrium of the Sidney & Berne Davis Art Center. Upstairs in the Capital Gallery, an exhibit titled Pythonesque, a group show that explores works inspired by Monty Python, will be on display.
The Titans were the 12 children of the primordial deities Uranus (heaven) and Gaea (earth) that preceded the Olympians. For this group show, twelve local artists selected one Titan each to use as inspiration for their art from the six gods and six goddesses – Cronus, Oceanus, Coeus, Hyperion, Crius, Apetus, Thea, Phoebe, Mnemosyne, Themis, Rhea and Tethys.
The immense talents of the artists were taken to new heights, creating art pieces of Titanic proportions, and the artists were given wide scope to create on giant 8 x 9 foot canvases. Artists from diverse talents accepted the call: architect, designer, tattoo artist, and more, working in varied mediums such as oils, spray paint, acrylic, and found objects, to create unique and impressive large-scale works of art.
Participating artists in the Age of Titans art show include Mariapia Malerba, Reynier Llanes, Danielle Branchaud, Brian Weaver, Dharma Lefevre, Mully, Savannah Leslie, Cesar Aguilera, Samantha Taylor, Israel Alpizar, Dawn Webb, and JC Franchevich. This exhibition has been centuries in the making, and is sure to be one of the epic highlights of the SBDAC’s Season of Giants. 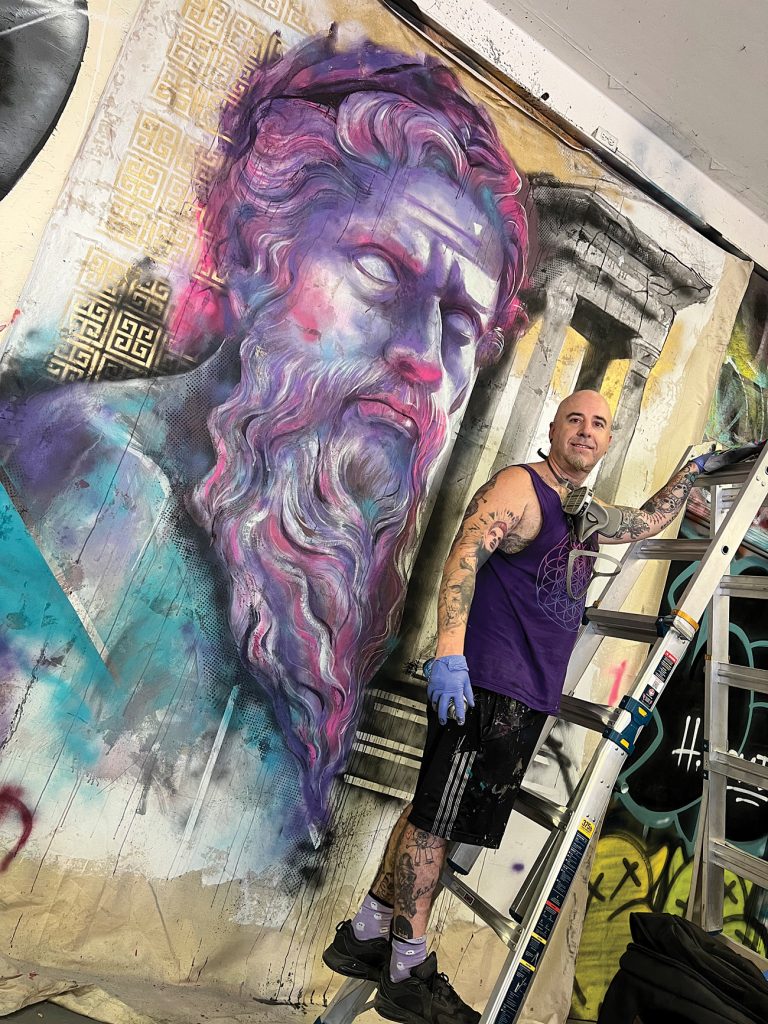 Imagine an art show that doesn’t take itself too seriously. For Pythonesque, artists were invited to produce works directly inspired by the very (very, very, very) many quips and punches from Monty Python’s comedies including Flying Circus, The Holy Grail, The Life of Brian, the Meaning of Life and more. From dead parrots, to rubber chickens, to the airspeed velocity of an unladen swallow, the potential influences are indeed endless- and not the least limited to that of birds. 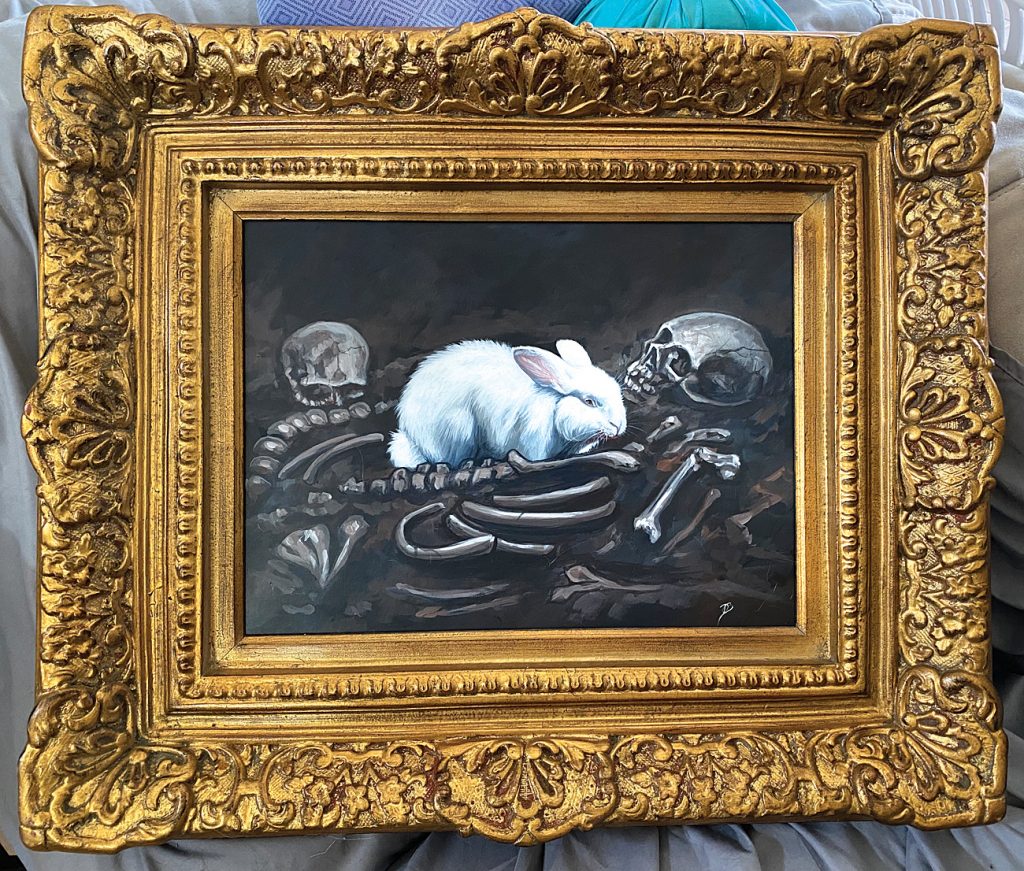 This most iconic and influential comedy series debuted over 50 years ago, and continues to inspire the arts, music, and film media to this day. Monty Python represents not just the finest in British comedy, but a symbol for the genius in the “anything goes” style of production. Surrealism, stream-of-consciousness, and absolute absurdity are continually celebrated in this exhibition. Artists and guests may ‘silly walk’ their way through the gallery.
Adding to the enjoyment on July 1, the music of DJ Dream Jay will be featured at Sidney’s Rooftop Sculpture Garden.
Both galleries are open for viewing July 1 – 29. Opening night for both exhibitions will be July 1 from 6 to 10 p.m. The Sidney & Berne Davis Art Center is located at 2301 First St. in the historic downtown Fort Myers River District. Call for more information at 239-333-1933 or visit www.sbdac.com. 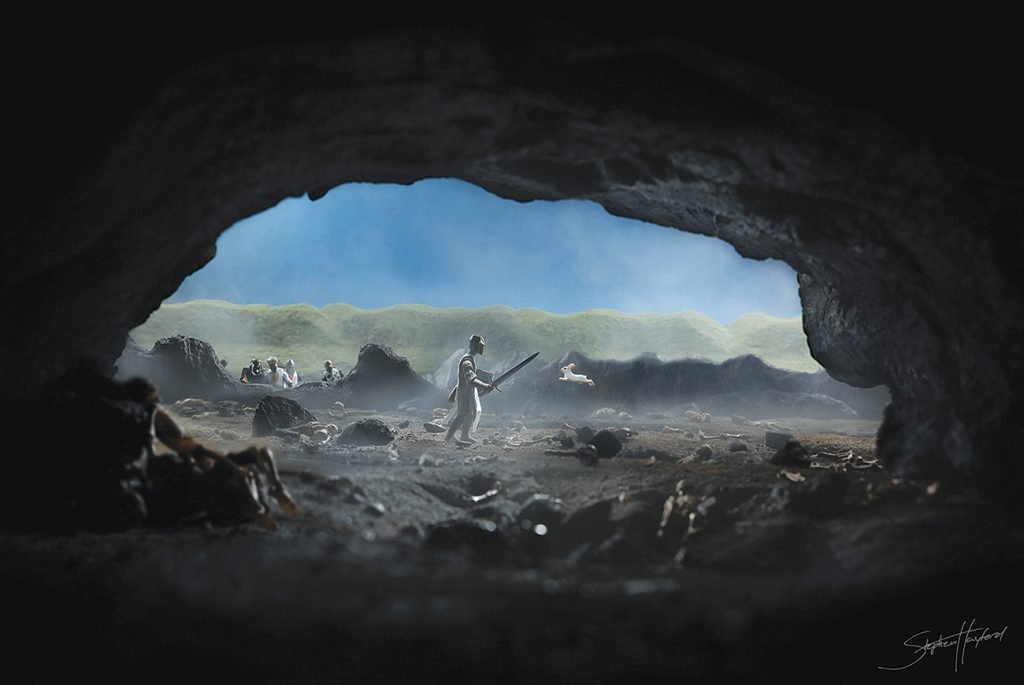 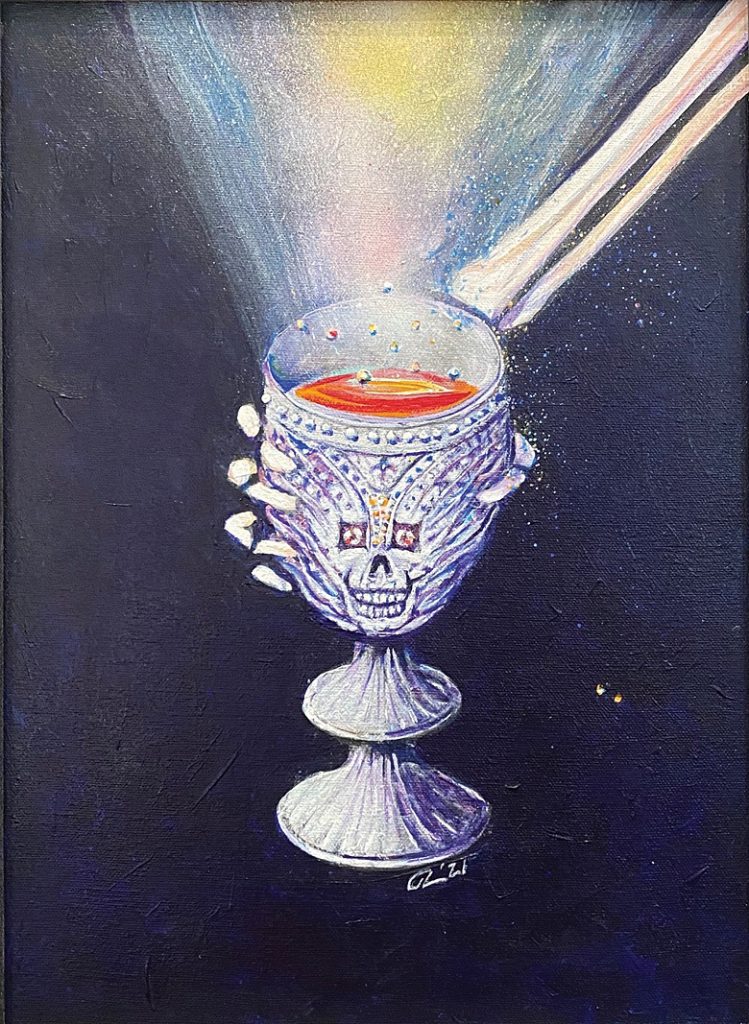