The Tony Award-winning play Vanya and Sonia and Masha and Spike”opens at the Langdon Playhouse in Port Charlotte for a seven-play run on Oct. 8.

Directed by Ric Goodwin, the comedy concerns Vanya and his sister Sonia, who live in a quiet farmhouse in Pennsylvania. Their peace is suddenly disturbed when their movie-star sister Masha, who owns the house, returns unannounced with her 20-something boy toy Spike. So begins a weekend of rivalry, regret, and raucousness.

Playwright Christopher Durang was praised by critics for this humorous adaptation of Chekhov themes that does not require familiarity with Chekhov.

“I love Durang as a playwright,” said Goodwin. “He has an uncanny talent for crafting comedy from both real and absurd situations and yet his plays are also thought-provoking and accessible to the audience.

“What Durang has done with this play is to update Chekhov’s themes (families dealing with isolation, regrets, moroseness and loss) and make them relevant to 21st Century audiences,” he added.

This is Goodwin’s first time directing a Durang script, but the retired theater professor has used many Durang plays in his classes. 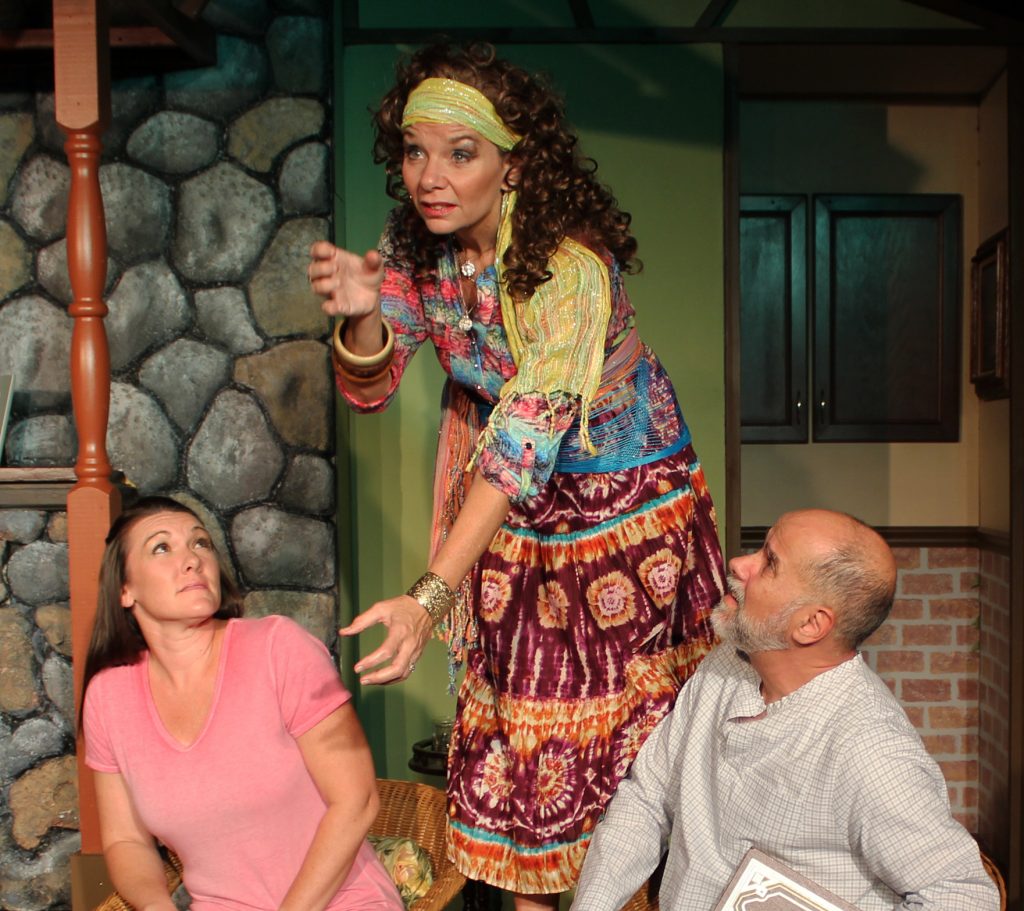 Housekeeper Cassandra (Sandi Wood), who doubles as a Soothsayer, prophesying the future for Vanya (Bill Olson) and Sonia (Jennifer Miles).

“I have directed many comedies that share a similar style with Durang, offering both comedy and pathos,” he said.

Goodwin said he is excited about his cast. “This is a challenging script, and the cast is excited to share it with Charlotte Players’ audiences,” he said. “Rehearsals are going well. As with all community theater volunteer actors, we must deal with conflicts and work around them, but the cast and I are committed to the process and are developing a true sense of ensemble.”

Dottie Warner is the stage manager for this production, and Jan Westin dressed the cast. Chris Smith and Bill Olson designed and constructed an attractive and efficient set, while Ken Crisp is handling lighting and sound.

The original Broadway production, featuring David Hyde Pierce of “Frazier” fame as Vanya and Sigourney Weaver as Masha, proved a critical and commercial success, recouping its $2.75 million investment in under four months. The play won the 2013 Tony Award for Best Play and the Drama Desk Award for Outstanding Play, among other honors.