The Americana Community Music Association announced a four-week Americana Festival at Shell Point Retirement Community in July that is open to the public.
The concerts will take place every Thursday in July at 7 p.m. at the Tribby Arts Center at Shell Point, 17281 On Par Blvd., Fort Myers. The Tribby Arts Center at Shell Point is a new state-of-the-art auditorium with a seating capacity of 400. Tickets are $20 per person per concert and are available at www.tribbyartscenter.com 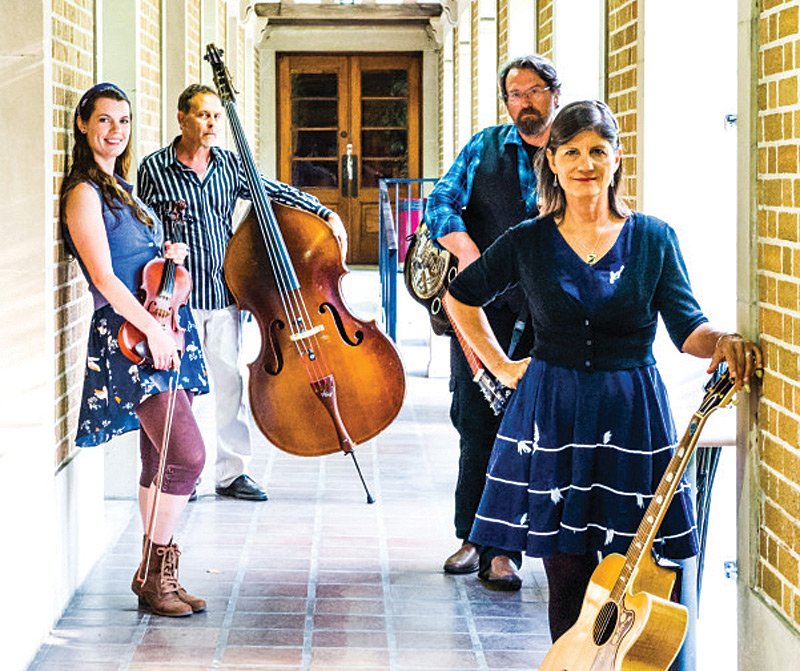 July 7 – Passerine
Passerine’s distinctive sound combines vocal harmonies, the crisp rhythms of an acoustic guitar, the haunting voices of the fiddle and dobro (resonator slide guitar), the resonant lows of an acoustic bass. With inventive vocal harmonies and song-writing, supported by the sounds of acoustic strings, Passerine offers a fresh take on traditional folk and bluegrass music as well as a repertoire of original songs that range from sweet ballads to the edgier side of contemporary Americana.

July 14 – Roy Schneider, Kim Mayfield and Ray Cerbone
Founding member of the Americana duo Reckless Saints, Roy Schneider has been performing his original music for the past two decades. His songs have thrice made him a Kerrville New Folk finalist, and in 2013 a contestant on NBC’s The Voice.
Kim Mayfield is better known as half of the Americana duo Roy Schneider & Kim Mayfield (now called Reckless Saints.) Reviewers have described her music as ‘pearly and sashaying,’ ‘pleasantly invoking the legendary Tammy Wynette,’ and ‘haunted by Patsy Cline.’ Mayfield’s song, Ring Around the Moon, made her a semi-finalist in the 2019 International Songwriting Competition.
Ray Cerbone began playing guitar during the late ‘60s folk scene. With the support and inspiration of fellow local and touring musicians, he began writing and playing in earnest in 2010. Traveling a long road in a short time, his music encompasses many genres, including Americana, folk, blues, ballads, and a little bit of country. 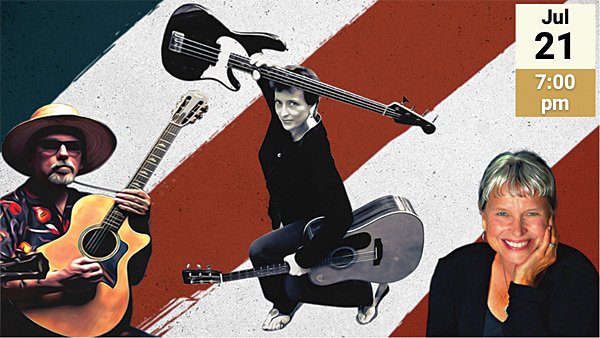 July 21 – The Little Fools (John Butler, Susan Chastain and Susan Hulcher
John R. Butler first played music for money during the Johnson administration. The Johnson administration. Butler went on to play in a number of bands and as a solo performer throughout high school, college and later. John R. Butler’s songwriting has garnered prizes at the Kerrville (TX) New Folk competition, the Will McLean Music Festival and the South Florida Folk Festival. These days Butler airs out his musical mojo alongside Susan Chastain, erstwhile jazz chanteuse and current belter of ballads, diva of ditties, marquesa of melodies. They will be joined by the undeniably undeniable Susie Hulcher in holy bratrimony. Susie Hulcher has been in love with the human voice and with the art of song for as long as she can remember. She is an energetic vocalist, compelling songwriter and versatile bassist and guitarist, and her vast array of sonic influences is readily apparent when she performs live, and especially in her original songs. 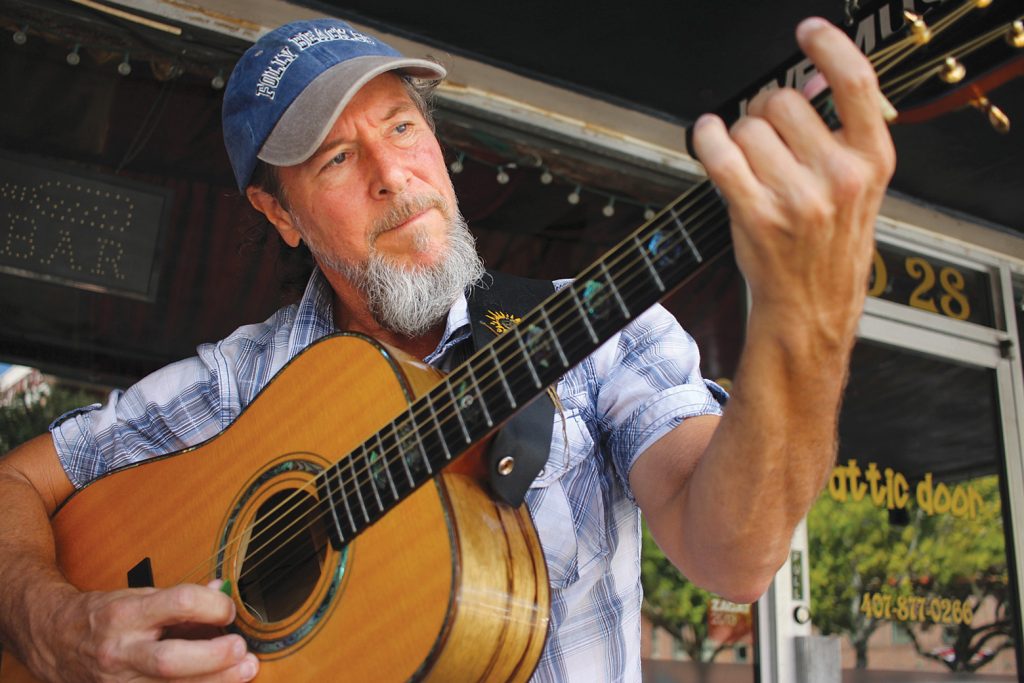 July 28 – Brian Smalley – This show has been moved to Aug. 23
Having played guitar all his life, Brian has developed some skill on the git-box, and possessing a creative (and somewhat disturbed) imagination, he is a master storyteller. Before Chosen, he’d recorded six projects. His acoustic novel “ChickensPigs” received the Best Florida Folk CD award from The Florida Times Union in 2013. And thousands have enjoyed the tale of Painter Kellet, a homeless man in Key West, from the acoustic novel Key. But now the floodgates have been loosed, and teaming up with Gatorbone Recording Studio, Brian and friends give us some real ear-candy with Chosen.